BJP taunts Manmohan Singh, says ‘silence of self-defence when everything has been lost’

Targeting former prime minister Dr. Manmohan Singh on the issue of corruption during the decade-long UPA rule, the Bharatiya Janata Party on Wednesday said that it was ironical that latter was following the principle of "silence of self-defence when everything has been lost". 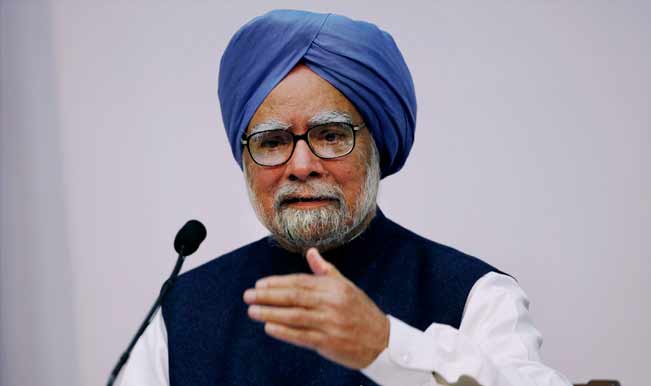 New Delhi, May 27 : Targeting former prime minister Dr. Manmohan Singh on the issue of corruption during the decade-long UPA rule, the Bharatiya Janata Party on Wednesday said that it was ironical that latter was following the principle of “silence of self-defence when everything has been lost”.It said Dr. Singh’s criticism of the NDA on taking up what he termed as non-issues, was certificate enough of the loot committed by the UPA regime between 2004 and 2014. Also Read - Centre Committed to Fulfil Clauses of Bodo Accord; Only BJP Can Make Assam Free From Bullets, Agitation And Floods: Amit Shah

Pointing out that corruption is the country’s core issue, BJP spokesperson Sambit Patra alleged that Rs. 13 to 15 lakh crores was drained from this country in the last ten years under the UPA regime. “The country’s attention was focused on a singular issue for the last ten years and the singular issue on which the country focused its attention was nothing other than corruption because you had pick-pocketed money out of every pocket in this country, you had destroyed this country through the way if corruption, and today, you say that corruption is a non-issue,” said Patra. Also Read - Congress Got Subhas Chandra Bose Killed, Gandhi-Nehru Couldn't Stand in Front of His Popularity: Sakshi Maharaj

“Yes, you are right, for you, corruption was non-issue, for Congress, corruption was non-issue, and that is the reason as to why the people’s verdict reflects in the mandate which comes in 2014,” he added.Patra also took a jibe at Dr. Singh over his comment that he never used public office to enrich himself, his family or his friends.” But Mr. Manmohan Singh is it not true that you have used your office to enrich 10: , Janpath, because the country knew, knows and will continue to know that in Congress there is dynastic hangover,” said Patra. (READ : Manmohan Singh: ‘Never used public office to enrich myself’)

“There is only one dynasty which rules, and if at all there is a Prime Minister from without the Gandhi family, then he is merely a shadow Prime Minister or a puppet Prime Minister with strings lying with the 10, Janpath address,” he added.Patra also countered Dr. Singh’s remark that there is a ‘fragileness’ in economic recovery under the present government and said the NDA regime is doing a very successful restructuring of an already broken economy left behind by the UPA.

“If such was the work done by the Congress in the last ten years where you took the country to the height of development and growth, where there was no policy paralysis, then why did the 2014 elections see such results. There was paralysis at every doorstep of every ministry in the Congress and your own ministers have vouched for that,” he added.

Patra alleged that the former prime minister has been exposed by books after books, by facts after facts, not only by agencies, but also by his own bureaucrats.”And today, under such a cloud of suspicion, Manmohan Singh chooses to break his silence. This is silence of self-defence when everything has been lost,” he added.

“What the BJP constantly talks about is that there was a policy paralysis when the UPA Government was there. This is totally untrue. When we left office in 2014, in the past ten years, our economy grewat an average annual rate of 8.5 percent. This is an all time record,” he added.

The former prime minister, who led the UPA regime for two terms until it was routed by the BJP in the 2014 Lok Sabha polls, said the schemes launched by his government are being repackaged and marketed as initiatives of the NDA.

“We had launched many new programs, new schemes, we had put in place many new policies. This had led to profound social transformation and unprecedented economic growth as well,” said Dr. Singh.

“Many of our programs are now being repackaged and marketed as initiatives of the Modi government. What BJP had opposed when we were in power, are now being sold as its contribution,” he added.