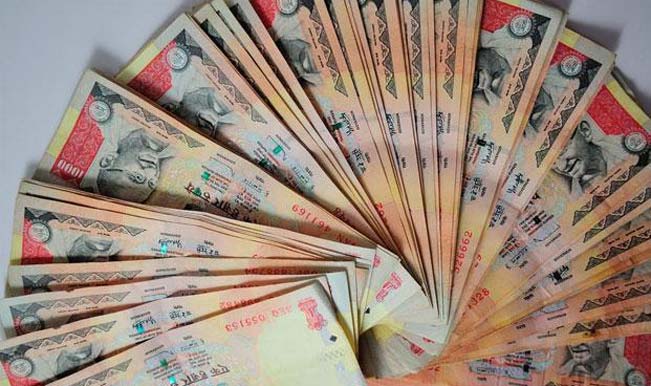 New Delhi, Oct 29: The Income Tax department is likely to initiate prosecution against close to 300 people whose names have been submitted to the Supreme Court today in connection with the probe into alleged blackmoney accounts in HSBC Bank in Geneva. Officials said the department has informed the Special Investigation Team (SIT), constituted to go into the issue, to allow it to start the “first step of prosecution” under two sections of the Income Tax Act. Read-Black money case: Foreign account holder’s names given to Supreme Court Also Read - CBI Begins Preliminary Inquiry To Probe Allegations Against Anil Deshmukh On Bombay HC’s Order

Prosecution is being sought under Section 277 (false statement in verification) and 276 D (failure to produce documents) so that the department can share information with other enforcement agencies like the ED and CBI, they said. The sources said the department has already realised Rs. 200 in taxes and penalties from some of these account holders who have accepted to holding these accounts abroad. There could be another Rs.200 crore to Rs.300 crore in taxes and penalties that could be realised from the others, they said. Also Read - Maharashtra Govt, Anil Deshmukh Move SC Against High Court Order Directing CBI Probe Against Ex-Minister

“The list of 627 Indians submitted to the apex court today has close to 300 people against whom prosecution action can be launched soon. Basic prosecution, at least under select sections of the I-T Act. While some 120 cases are already under prosecution these fresh individuals and entities can also be booked based on prima facie evidence gathered by tax sleuths,” sources said. They said this will enable the SIT to hand over some vital information to agencies like Enforcement Directorate and CBI who could take action under their mandates and the laws that they enforce.

International and bilateral treaties allow a member nation to share such information obtained by one agency with others only at the stage of prosecution or when the matter is in the purview of courts of the land. “The SIT has agreed to this and we expect to file new prosecutions sooner than later. In these 300 cases the I-T department has some evidence,” they said.

Officials said these cases pertain to the years 1999-2000 and they will get “time barred” by March 2015 and hence there is “no time to loose” for the authorities. Sources privy to the contents of these lists said there are a number of “established” cases where the foreign account is genuine and has been reflected in tax statements filed by the individual or entity.