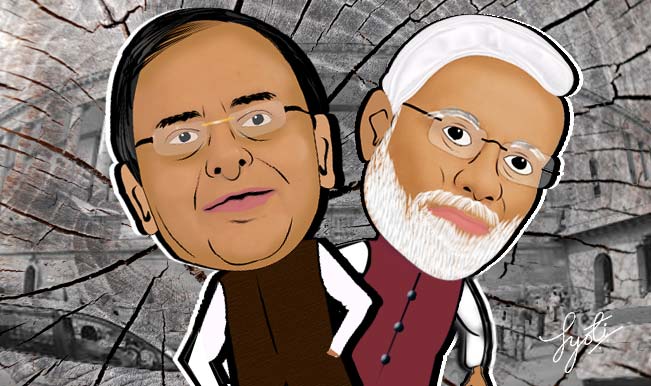 BJP romped home with a record win in the Lok Sabha elections 2014 promising ‘Ache Din Aane Wale Hain’. Such was the impact of the media campaign that today even a five-year-old can repeat the phrase without even understanding what it means. So have the ‘Ache Din’ finally arrived? The best answer to it would be both yes and no. Also Read - PM Modi Likely to Hold COVID-19 Review Meeting With Chief Ministers of 7 Worst-hit States Next Week

You read it right, a half NO. Everybody knows what good has happened in the country since the Narendra Modi-led government has taken over the office, hence no elaboration required. The inflation rate, petrol and diesel prices have gone down, work efficiency of bureaucrats and government officials is on the rise, the worldly countries are gung-ho since the newly elect government has taken over. Also Read - Sudarshan TV Row: 'Free Speech, Not Hatred,' Supreme Court Says Media Self-regulation System Toothless

As they say, a single misdeed diminishes the value of hundred golden deeds. One thing that could possibly have hit the credibility of Modi government hard, was the issue of bringing back black money. And looking at the current scenario, it has precisely overshadowed the good work of Modi government. The world’s largest democracy saw a ray of hope in Modi when told that lakh of crores of black money stashed away in foreign banks will be brought back to India. Did it happen? No. (Also Read: List of Black Money holders in Swiss Bank accounts leaked by WikiLeaks?)

The actions taken by Narendra Modi since his cabinet took office are commendable, but at the same time questionable too. At the time when the government promised ache din, the railway fares were increased by a considerable 14%, but since then the price of petrol and diesel is on a downhill. Passing through a grim situation of geopolitical threats by China and Pakistan, add to it the ongoing period of financial crunch; Modi decided to assign the two most crucial portfolios to one man, Arun Jaitley.

There is no question mark on the credibility of Union Minister of Defence and Finance Arun Jaitley, but the timing wasn’t right. It was reportedly said that the cabinet will have an expansion in September, but nothing concrete happened.

All the clubbed ministries are still with the same ministers as they were on May 26. So what went wrong? The issue of repeated Pakistan ceasefire violations and Chinese incursions are the same, and on the other hand the black money is still stashed away in foreign banks. The government has little to defend on this front.

Yes, India did retaliate aggressively against both Pakistan and China, but any Tom, Dick and Harry minister would have given a free hand to Indian army under the strong leadership of Narendra Modi. In a very simple manner, if one has to sum up the entire work of Arun Jaitley, it would result in disappointment.

Talking about the current fiasco over black money, the Narendra Modi-led government has done more harm than good. It is often said that one should never play with a common man’s expectations. How cheated would a common man feel when the government promises and not delivers? When lame excuses are given for black money not returning to the country.

Union Finance Minister Arun Jaitley who slammed the previous Congress-led UPA government left, right, and centre on the issue of black money, is behaving the same as his counterparts did previously.

The Supreme Court itself slammed the government for the selective disclosure of names and ordered the central government to come out with the full list of names. This time, the government quickly responded; hence saving its face.

Even two of the most revered and established lawyers in the country, Ram Jethmalani and Dr Subramanian Swamy, appealed to the government to take strict measures and reveal the complete list. Nonetheless, Finance Minister Arun Jaitley turned a blind eye.

The NDA government has lost the golden opportunity and whatever happens now will be a  catching-up game with the court orders. However, the intent of Narendra Modi government cannot be questioned, as the first decision in the government’s  first cabinet ministry was to form a SIT to probe the black money episode. It was a right decision at the right time, but the recent lashings by Supreme Court has undone the charisma.

Analysing the current scenario, two questions would ring everyone’s mind. First, isn’t it the right time to have separate Ministers’ of Finance and Defence? (If not now, then when?). Secondly, why is Finance Minister Arun Jaitley turning a blind eye to simple ways of Subramanian Swamy?