Cyclone Tauktae: 2 Barges With 273 and 137 People On Board Goes Adrift, INS Kochi, INS Kolkata Out For SAR

Cyclone Tauktae has hit Maharashtra with full fury bringing heavy rains, strong gales of over 75-85 kmph, which wreaked havoc in the state.

Mumbai: Two barges with 410 persons onboard have gone adrift off the Mumbai coast as the cyclonic storm ‘Tauktae’ over the Arabian Sea intensified into a very severe cyclonic storm and is expected to reach Gujarat coast Monday evening, officials said. ‘On receipt of a request for assistance for Barge ‘P305′ adrift off Heera Oil Fields in Bombay High area with 273 personnel onboard, warship INS Kochi was sailed with a despatch for Search and Rescue (SAR) assistance,’ a Navy spokesperson said. Also Read - BREAKING: Low-intensity Earthquake Felt in Maharashtra's Palghar

In response to *another* SOS received from Barge ‘GAL Constructor’ with 137 people onboard about 8NM from Mumbai INS Kolkata has been sailed with despatch to render assistance.@indiannavy @DefPROMumbai pic.twitter.com/I5mXysgUcY

The oil fields are around 70 km southwest of Mumbai. ‘Several other ships have been readied for Humanitarian Assistance and Disaster Relief (HADR) tasking in the wake of Cyclone Tauktae that has wreaked havoc along the West coast of India,’ he said. Also Read - Delta Plus Variant in Maharashtra: All You Need to Know

‘In response to another SOS received from Barge ‘GAL Constructor’ with 137 people onboard about 8 nautical miles from Mumbai, warship INS Kolkata has been sailed with despatch to render assistance,’ the spokesperson said.

Prime Minister Narendra Modi on Monday dialed Maharashtra CM Uddhav Thackeray to take stock of the situation as Cyclone Tauktae made its landfall in the state. As a precautionary measure, the monorail services in Mumbai have been suspended for the day. Local trains services of the Central Railway were disrupted between suburban Ghatkopar and Vikhroli. Gale-force winds, heavy rainfall and high tidal waves swept the coastal belts of Maharashtra and Goa as Cyclone Tauktae hurtled northwards towards Gujarat. 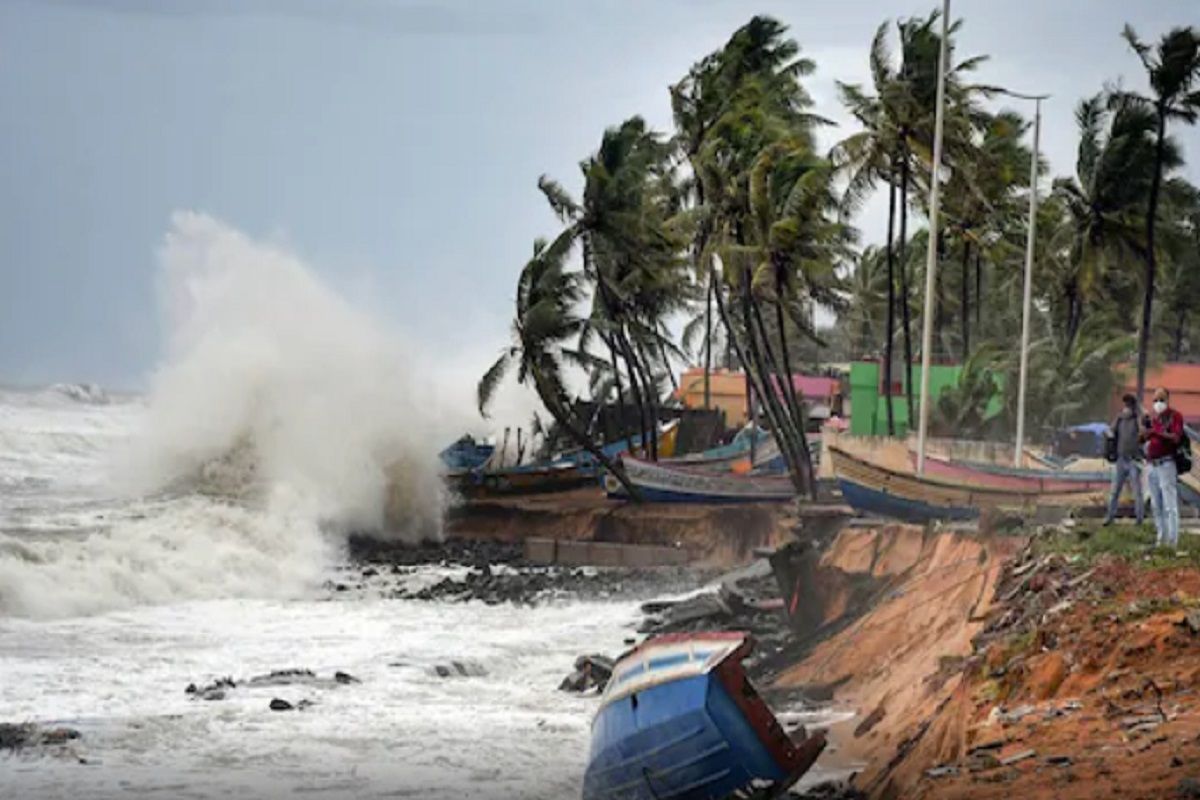 The cyclonic storm will intensify further and reach the Gujarat coast by Monday evening, the India Meteorological Department said.

‘The very severe cyclonic storm ‘Tauktae’ (pronounced as Tau’Te) over the eastcentral Arabian Sea moved north- north-westwards with a speed of about 20 kmph during past six hours, intensified into an extremely severe cyclonic storm,’ the Cyclone Warning Division of the IMD said ‘It is very likely to move north-north-westwards and reach Gujarat coast in the evening hours of 17th and cross Gujarat coast between Porbandar and Mahuva (Bhavnagar district) during the night (2000-2300 hours IST) of May 17 as a very severe cyclonic storm with a maximum sustained wind speed 155-165 kmph gusting to 185 kmph,’ it added. 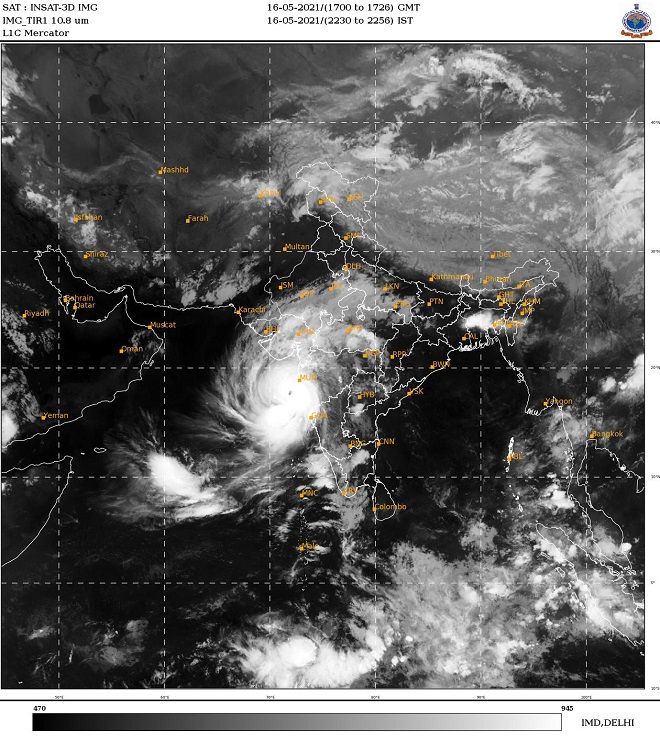 Over one lakh people have been shifted from low-lying coastal areas in Gujarat, while 54 teams of the NDRF and SDRF remained deployed after IMD’s warning that Tauktae will reach the state coast by Monday evening and cross it between 8 pm and 11 pm, the IMD said.

Maharashtra Chief Minister Uddhav Thackeray on Monday took stock of the situation in Mumbai, Thane and other coastal districts of the state in the wake of the cyclonic storm. As Mumbai continued to be battered with heavy rains, over 12,000 citizens were relocated to safer places from the coastal areas. These include 8,380 people in Raigad, 3,896 in Ratnagiri and 144 in Sindhudurg districts. The Indian Coast Guard said it rescued 12 fishermen stranded around 35 nautical miles off the Kochi coast amid rough seas due to the cyclone on the night of May 16. 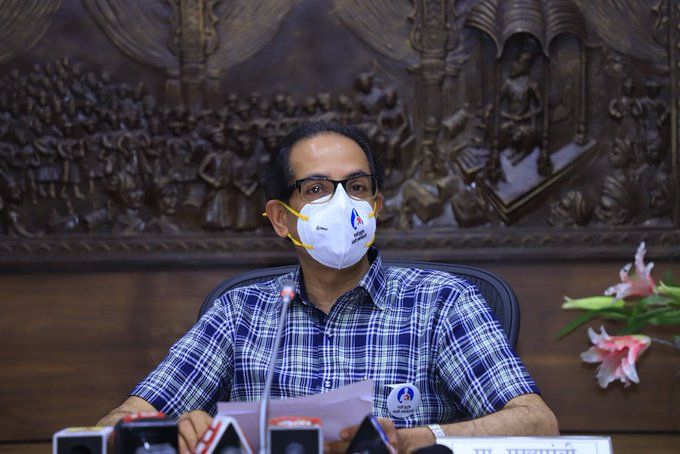 Cyclone Tauktae in Mumbai: What all measures have been taken?