According to the early trends, BJP seems to lose ground in Uttar Pradesh and Rajasthan. 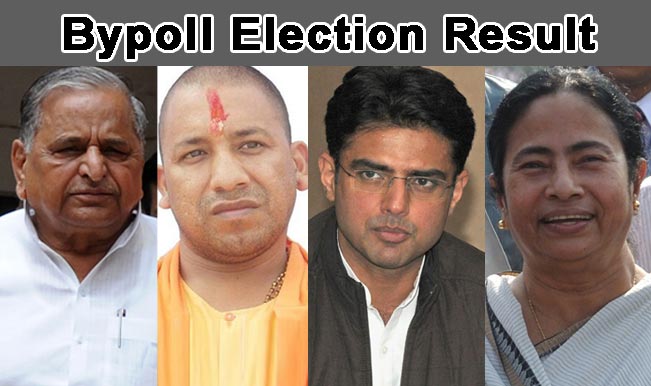 The counting of bypolls of 33 assembly seats across 10 states and 3 Lok Sabha seats has begun. The three Lok Sabha seats are in Vadodara (Gujarat) vacated by Prime Minister Narendra Modi, Mainpuri (Uttar Pradesh) and Medak (Telangana) while 11 assembly constituencies are in UP, nine in Gujarat, four in Rajasthan, two in West Bengal, five in Northeastern states and one each in Chhattisgarh and Andhra Pradesh. Also Read - Farm Bills 2020: BJP to Hold 15-Day Awareness Campaign in Seven States From Today 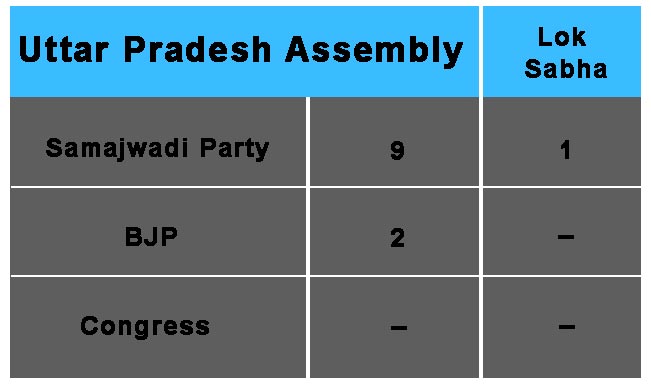 Also Read - Bharat Bandh Today: Punjab, UP And Maharashtra | List of States Likely to be Affected by Farmers' Unions Strike

Uttar Pradesh: According to the early trends, BJP seems to lose ground in Uttar Pradesh after their spectacular performance. Ruling Samajwadi party is leading on 9 seats while BJP is ahead on only 2 seats. BJP has lost three seats in UP. SP is also leading on Lok Sabha seat of Mainpuri where the party was fighting for its prestige. The chief Minister of Uttar Pradesh Akhilesh Yadav said that people of UP have rejected the communal forces. 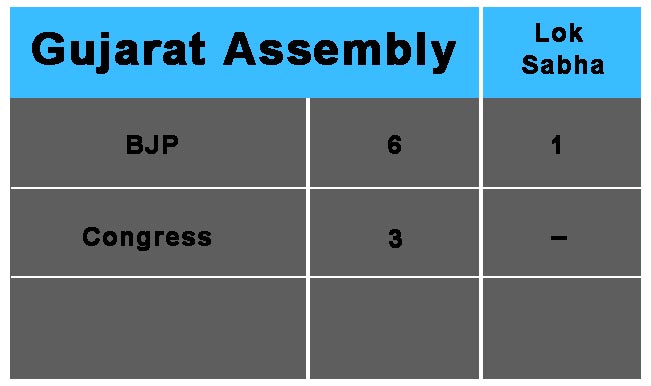 Guajarat: The BJP maintained its dominance in Gujarat where BJP won 6 seats and Congress could win 3 seats. The Vadodara Lok Sabha seat is also won by BJP. 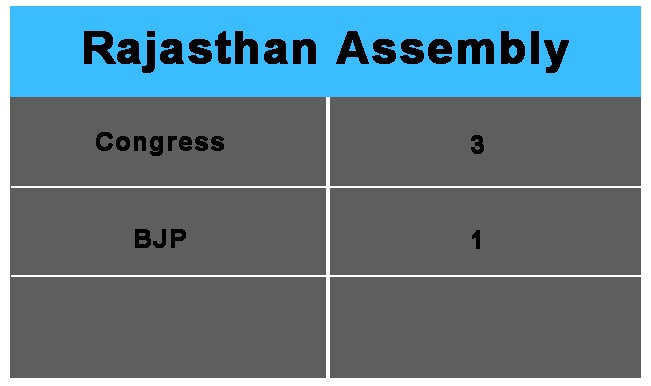 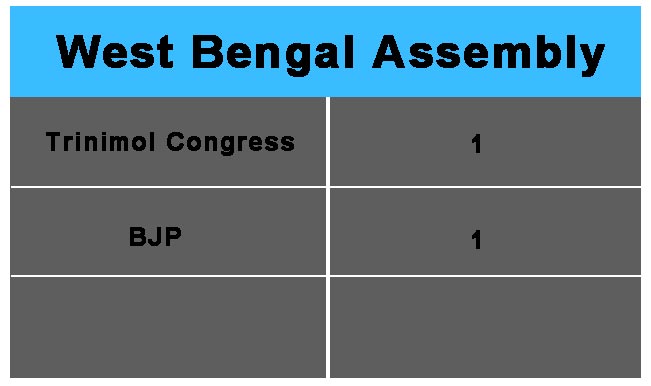 West Bengal: BJP opened its account in West Bengal where the party in leading on Basirhat Dakhin seat which was held by CPI. Ruling Trinimol Congress retained Chowringhee seat.

Andhra Pradesh: Telgu Desam (TDP) candidate T Sowmya won Nandigama sassembly seat. The seat was vacant due to death of Sowmya’s father T Prabhakar days after he was elected in the May elections.