From Mamata Banerjee in West Bengal to Manik Sarkar in Tripura, not to speak of Assam's hat-trick Chief Minister Tarun Gogoi 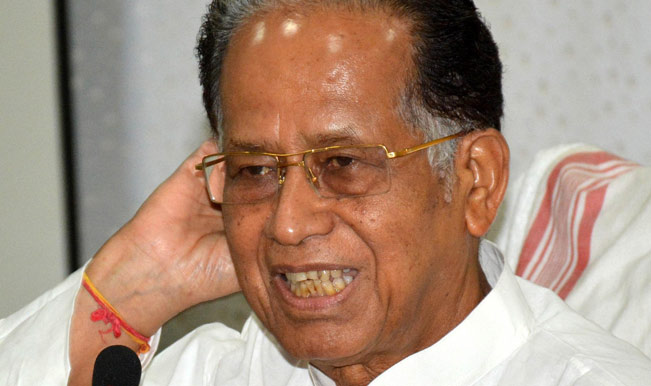 From Mamata Banerjee in West Bengal to Manik Sarkar in Tripura, not to speak of Assam’s hat-trick Chief Minister Tarun Gogoi, a host of regional chieftains are under fire in the east and the northeast. This could make the BJP’s task of penetrating the region much easier than what many would imagine. Also Read - NIA Busts Major Terror Module, Arrests 9 Suspected Al-Qaeda Operatives For 'Plotting Attacks on Vital Installations'

The saffrons don’t have a strong organization in most of the eastern and northeastern states but they are the only party that have not seen in power in these states. So, they can well swing the electorate their way by playing on the simple argument: “You have seen all the rest and see how miserable they are; so please give us a chance.” Also Read - Sushant Singh Rajput's Madame Tussauds-Like Wax Statue Inaugurated in West Bengal's Asansol

The regional chieftains have realized the challenge. So during the recent panchayat polls in Tripura, Sarkar was camping in the northern districts for several days because it borders Assam’s Barak region, where the BJP has a traditional base. “We will win but Sarkar is not taking any chances,” was how many a comrade explained it.

Back in West Bengal, a beleaguered Mamata Banerji is mobilizing all her guns to fight the BJP challenge in the Bowbazar assembly bypolls, even as BJP president Amit Shah launched a no-holds barred attack on the Bengal tigress. And this on a day after Banerji’s one-time blue-eyed boy and suspended Trinamul MP Kunal Ghosh had directly implicated her in the Saradha scam.

Ghosh shouted to waiting reporters on Saturday that the biggest beneficiary on the scam was Banerji herself and the CBI should interrogate him and Saradha chief Sudipta Sen in the presence of the chief minister. And Ghosh’s tirade came a day after businessman Asif Khan attacked “quick rich” Trinamool leaders in the strongest terms, saying that many of them who could not afford two square meals a day are now worth a few hundred crore rupees each. Khan has been close to Trinamool general secretary Mukul Roy – so his fusillade cannot be wished away, if for the sheer damage to the party’s image it has caused.

In Tripura, within a few weeks of many projecting Sarkar as a future CPI-M general secretary, the chief minister’s spotless image stands sullied. Local media has extensively reported a scam involving diversion of central funds meant for improving school education infrastructure to bulk purchase of Sarkar’s recollections “Atit Diner Smriti” and a compilation by his former chief secretary Sanjoy Kumar Panda. Questions have been raised about royalty gains and use of influence to promote a personality cult. The opposition is up in arms, seeking a CBI inquiry. Attempts to suppress the scam by the hasty suspension of a mid-ranking official has further complicated issues.

In Assam, where state polls will be held in 2016 like in Bengal, the ruling Congress is in real bad shape. Gogoi, who has brought the Congress to power a record third successive time in 2011, faces a powerful dissident movement led by his one-time lieutenant Himanta Biswa Sarma. Though Sarma has largely failed to convince the high command that he is capable of garnering enough legislative support – and more importantly provide a credible alternative to Gogoi in the run-up to 2016 – his efforts to discredit Gogoi have substantially damaged the party. The recent flare-up on the Assam-Nagaland border only proved Gogoi is losing his grip and the home ministry added fuel to fire alleging that Congress dissidents out to discredit Gogoi had fanned the border angst.

The BJP bagged seven of Assam’s 14 Lok Sabha seats in this year’s Lok Sabha polls. Amit Shah reckons the party’s best chance to come to power in the northeast lies in Assam with a “little more push”. The party can use the illegal migration issue to great advantage, though it risks flare-ups like the 2012 riots in western Assam. In West Bengal, despite its only two seats in Lok Sabha, the BJP can boast of a 17 percent vote share that, on its own, may not get it to power but surely can make it the largest Opposition bloc in the assembly. No mean achievement considering the past performance of Hindutva parties in the state, but the feeling in saffron circles is that only if they can resist rigging and terror likely to be unleashed by the Trinamool Congress, they can do the impossible by winning West Bengal for Modi. That is only possible when a party has a credible organization which the likes of Amit Shah are capable of building but may not have enough time and support to develop before 2016.