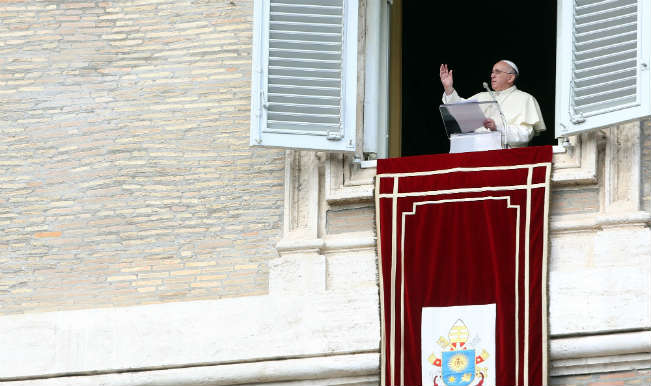 Thiruvananthapuram, Nov 23: Kerala’s Catholic community was overjoyed and held special prayers as the Pope will elevate two Keralite religious leaders as saints at a special service in the Vatican Sunday. Kuriakose Elias Chavara, popularly known as Chavara Achen, and Sister Euphrasia, popularly known as Evuprasiamma, were in April this year cleared by the Pope for sainthood. Also Read - ECB Terminates Players' Contracts For The Hundred

Catholic churches across the state during Sunday mass observed special prayers for the event. Christians constitute 23 percent of Kerala’s 33 million population and 50 percent of them are Catholics. Kuriakose Chavara was born Feb 10, 1805, at Kainakary near Alappuzha as the son of Iko Kuriakose Chavara and Mariam Thoppil. At the young age of 13 he began his priesthood studies. Also Read - Zee Digital Witnesses Remarkable Growth, Ranks 3rd on ComScore In January 2020 In News & Information Category

He entered the seminary in 1818 and was ordained Nov 29, 1829. Chavara became Vicar General for the Archdiocese of Verapoly (near Kochi) in 1861. Chavara was also a social reformer and believed that intellectual development and education of women was the first step towards overall social welfare.

He first introduced the system called “A school along with every church”, which was successful in making free education available for everyone. Chavara died Jan 3, 1871, aged 65. Sister Euphrasia was born as Rosa Eluvathingal Oct 7, 1877, at Edathuruthy (Ollur) in Thrissur district. She joined Congregation of the Mother of Carmel and received her veil as a nun in May 1900.

She died Aug 29, 1952. Sister Euphrasia was declared a Servant of God in 1987, followed by Venerable July 5, 2002. She was declared as “Blessed” Dec 3, 2006, by Cardinal Mar Varkey Vithayathil, the Major Archbishop of the Syro Malabar church. The two of them incidentally belong to the same Carmelite congregation of the Syro Malabar Catholic church in the state and more importantly the women’s congregation was founded by Chavara Achen.

It was in 2008 that Sister Alphonsa became the first native Indian to be canonized and she too belonged to the Syro Malabar Catholic Church. To witness the canonisation ceremony Sunday, a 5,000-strong delegation of Kerala Catholic has reached the Vatican. The delegation includes respected personalities from other religions.