Girls again performed better than boys in the CBSE Class 12 results that were announced here on Monday, an official said. 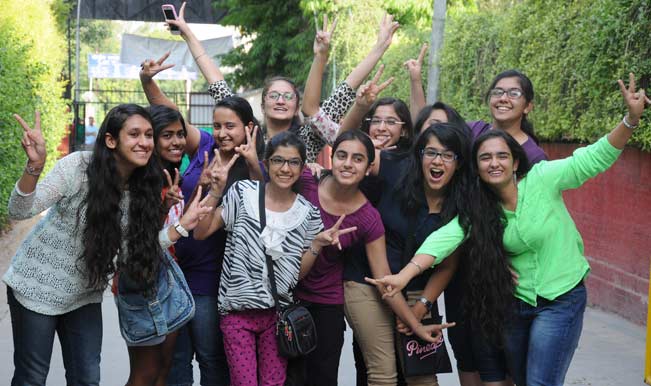 New Delhi, May 25: Girls again performed better than boys in the CBSE Class 12 results that were announced here on Monday, an official said. The pass percentage of girls was 87.57 as compared to boys’, which was 77.77 percent. Overall, Thiruvanathampuram region recorded the highest pass percentage of 95.41. In Delhi, the overall pass percentage was 86.13 percent. The pass percentage for boys was 81.59 percent, while it was 90.87 percent for girls. (Also read: Narendra Modi congratulates CBSE class 12 performers) Also Read - CBSE Class 10, 12 Term 1 Results 2022 to be Out Today? Check List of Websites to Download Score

The overall pass percentage in 2015 was 82 percent as compared to 82.70 in 2014. The total number of candidates who took the CBSE Class 12 examination was 1,040,368, marking an increase of about 1.2 percent over that of last year. The students suffered some anxious moments earlier in the day when the website of the Central Board of Secondary Education (CBSE) crashed for about an hour due to heavy traffic. The results were declared at noon and were available at www.results.nic.in, www.cbseresults.nic.in and www.cbse.nic.in Of the three sites, www.cbse.nic.in and www.results.nic.in crashed following the declaration of results. Also Read - CBSE Term 1 Results 2021: Class 10, 12 Scores Likely to be Declared on Jan 24 at cbseresults.nic.in, Say Reports