The course the disproportionate assets case against Tamil Nadu Chief Minister Jayalalithaa has traversed, seeing legal and political twists and turns in the last 18 years 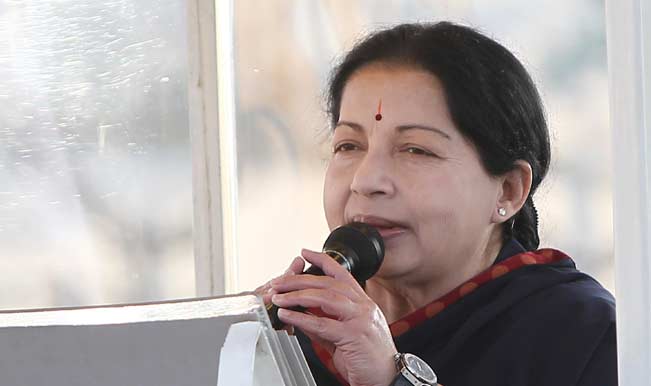 Also Read - School Reopening News: This State Has Decided to Resume All Classes Simultaneously | Here's When And How

Following is the course the disproportionate assets case against Tamil Nadu Chief Minister Jayalalithaa has traversed, seeing legal and political twists and turns in the last 18 years after the DMK government decided to form Special Court on coming to power in 1996. Also Read - BJP Workers Offer 70-kg 'Laddu' at Coimbatore Temple Ahead of PM Modi's 70th Birthday

1996: Dr Subramanian Swamy, then a leader of Janata Party, files a case against Jayalalithaa alleging that during her tenure as Chief Minister from 1991 to 1996, she amassed properties worth Rs 66.65 crore disproportionate to her known sources of income. Also Read - Sasikala's Probable Date of Release is Jan 27, 2021: Bangalore Central Prison

1997. A prosecution launched in Additional Sessions Court in Chennai against Jayalalithaa and three others for having assets “disproportionate” to their known income.

In the 2001 May Assembly elections, AIADMK secures absolute majority and Jayalalitha becomes Chief Minister. Her appointment is challenged due to her conviction in October, 2000 in the TANSI (Tamil Nadu Small Industries Corporation) case. SC nullifies the appointment.

September 21, 2001, Jayalalithaa ceases to be Chief Minister. After her conviction is set aside, Jayalalithaa is elected to the Assembly in a bypoll from Andipatti constituency on Feb 21, 2002, and again sworn in as Chief Minister. Three public prosecutors resign as also senior counsel.
Several prosecution witnesses resile from their earlier depositions after AIADMK returned to power.

2003: DMK general secretary K Anbazhagan approaches Supreme Court for transferring the trial to Karnataka on the ground that a fair trial was not possible in Tamil Nadu with Jayalalithaa as Chief Minister.

On November 18, 2003, the Supreme Court transfered the case to Bangalore.