He is expected to discuss military ties between the two countries, including partnership in defence hardware 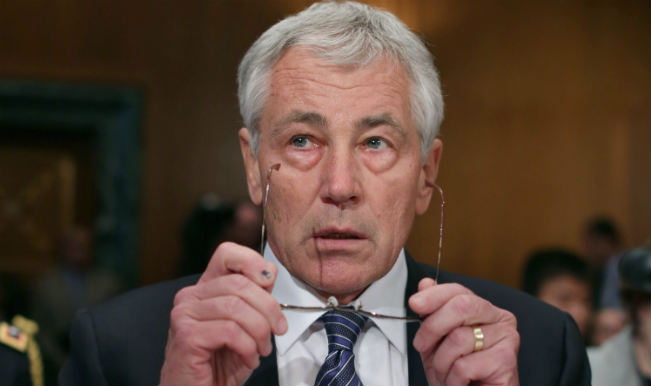 He arrived Thursday evening on his maiden trip as defence secretary. He will also be meeting the chairman of the Chiefs of Staff Committee, Air Chief Marshal Arup Raha. He is expected to discuss military ties between the two countries, including partnership in defence hardware. Ahead of his visit, Hagel said the “point of my trip here is to take advantage of the opportunity to meet with a new Indian government”. Also Read - Naveen Patnaik Writes To PM Modi Urges Centre To Issue Timeframe for CBSE Exam 2021

The US defence secretary described India as one of the most significant countries in the world and would help shape a “new world order” that is emerging in this century. “The relationship between the United States and India certainly for our interests, for US interests, and I think for India’s interests, as well as the Asia Pacific, but also global interests, is important.

“And where we can find common interests, where we can share areas that help promote our own countries’, our own economies’ stability, security, peace, trade, technology, then we need to take that initiative and we need to do that,” he said in remarks to reporters accompanying him on the visit. He recalled his last trip to India in 2008 as an American Senator, and said, “In those meetings in 2008, it was pretty clear then that the potential for India and what they were evolving toward was going to be very important for our future.” He said his visit is aimed to “get acquainted”.

“I come about a month before the new Indian prime minister will be in the United States and meeting with President Obama. So this is a — I think an opportune time to spend a couple of days here listening, learning, and getting acquainted.” Hagel said among the “specific projects” on the table would be “renewal of the 10-year defense framework agreement”. Hagel said power and energy are going to be a specifically important driving force for oil-developing economies, emerging economies and growing economies.

Hagel referred to the Indo-US civil nuclear deal and joint military exercises. “So India and the United States begin with a pretty solid framework of general understanding, especially of democratic values and principles, and that’s not an insignificant starting point in foreign policy or foreign relations,” he said. Defence ties between India and the US have expanded over the years with the armed forces of both countries also conducting regular joint exercises.

The union cabinet Wednesday approved a proposal to raise foreign direct investment (FDI) in the defence sector to 49 percent from the present 26 percent. Sources said there could be discussions during Hagel’s visit about India procuring heavy-lift and attack helicopters, anti-submarine jets and transport aircraft from the US.