However, flight operations at Delhi airport continued as scheduled, as visibility today is normal. 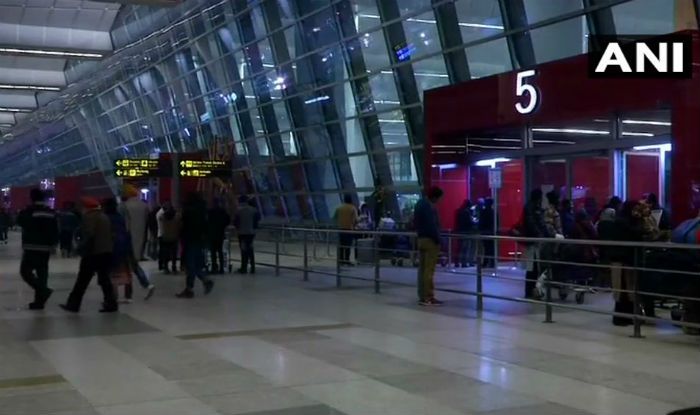 In Himachal Pradesh, cold wave conditions continued with the mercury plunging to minus 9.4 degrees Celsius in Keylong and popular tourist destination Manali reeling at minus 3.2 degrees Celsius.

According to the meteorological department, night temperatures remained much below normal in Allahabad, Meerut, Faizabad, Lucknow and Bareilly divisions and below normal in Varanasi, Agra divisions.

Dense fog was also witnessed in various parts of Rajasthan amid cold wave conditions on Tuesday. Traffic movement was affected in Sriganganagar, Churu, Pilani, Sikar and Jaipur where visibility was as low as 50 to 90 metre and 90 to 100 metre in Bikaner, Alwar, Bhilwara and Chittorgarh. Cold wave conditions in Alwar, Pilani, Sikar, Churu and Sriganganagar affected normal life.

Meanwhile,  air quality in the Delhi-NCR region, is likely to remain in the severe category as the ongoing cold wave is forecast to continue and moist conditions have increased the air’s capacity to hold particulate matter. Under severe air pollution levels, people are advised to avoid all outdoor physical activity.