Comparing Bollywood’s Portrayal Of Women From Past To Present

No matter the quality of films that are churned out, people flock to Bollywood films week after week. While many of these movies are undoubtedly entertaining ways to spend an evening, the biggest problem that is prevalent with the Indian film industry is the way women are portrayed. From the early days of Bollywood to the projects released currently, women in Bollywood have been portrayed in stereotypes that promote inequality between the sexes. Despite the dilemma still persisting in modern-day culture, the most important question is, has the divide between men and women proved to become better or worse since the early days of the film industry? 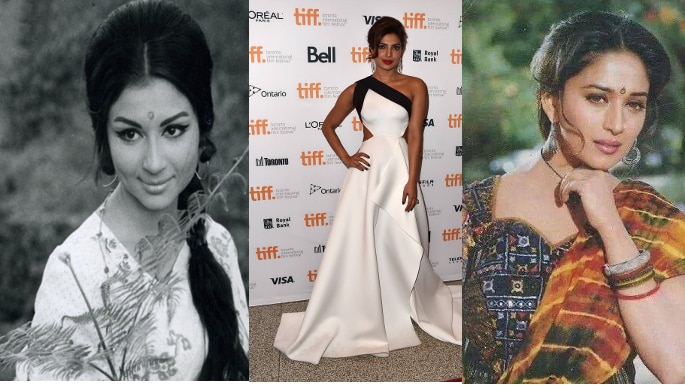 No matter the quality of films that are churned out, people flock to Bollywood films week after week. While many of these movies are undoubtedly entertaining ways to spend an evening, the biggest problem that is prevalent with the Indian film industry is the way women are portrayed. From the early days of Bollywood to the projects released currently, women in Bollywood have been portrayed in stereotypes that promote inequality between the sexes. Despite the dilemma still persisting in modern-day culture, the most important question is, has the divide between men and women proved to become better or worse since the early days of the film industry? Also Read - 6 Solid Arguments Made by Aryan Khan's Lawyer in Bombay High Court on Wednesday

Bollywood Women in the Early Years

In the Golden Age of the Indian film industry, younger women in movies were divided into two categories: “The Vamp” and the “Damsel in Distress.” Damsels in Distress were considered to be the heroines of a film, but had very little to do in the actual plot. Their purpose was to be a romantic foil for the heroes and be the object, which the hero would save in the end to show his bravery and manhood. Damsels in Distress were always the moral women, representing “proper” female roles in Indian culture. They believed in the husband as the “Godly” people in their lives, they respected their elders, they were quiet and kind, and they were fiercely loyal to tradition. Also Read - Good News For Travellers! Sariska Tiger Reserve Likely to Get New Safari Zones

Vamps on the other hand, served an equally valued purpose as the Damsel in Distress (though that value is not a high one). The Vamps were the seductresses who would momentarily take the hero’s mind off of the prize and inevitable victory. This would include women in item songs and/or women who have been hired by or are romantic interests for the villains. Vamps were temptresses that were usually scantily clad and performed acts (or dances) that left little to the imagination.

While these stereotypes clearly do not represent the individuality of women in real life, there are some positive aspects to these disrespectful portrayals. The Damsels in Distress at least gave the notion that women can be strong and supportive, while the Vamps expressed freedom in their looks and actions. But these two distinctions also made for a very interesting problem, because Damsels, in a way, represented the Indian culture and tradition, but Vamps represented the creeping of Western influence.

Were older films trying to deter audiences away from the West’s more modern and “immoral” lifestyle? The “Item Girl” and item song began many many years ago and this trend has continued to objectify women. Despite some of the good Bollywood has done in recent years for women’s roles, this trend will not die out soon, leading to a prevalence of female stereotypes and gender inequality.

Here’s one important advantage women in Bollywood have today: The possibility of more power. Films like Rani Mukherji’s “Mardaani” or Priyanka Chopra’s upcoming “Mary Kom” biopic shows women are strong, fiercely moral, and determined individuals, who have fascinating stories to tell the world. Women should no longer sit idly in the corner while a hero goes around beating up bad guys single-handedly.

But, this step forward also comes with a few steps back. Women might have more to do and say in some modern films, but in most, they are still treated like objects or trophies for the heroes, and they are more scantily clad than ever before. While being scantily clad is a choice that people should not necessarily judge or jump to any conclusions about, that is precisely what happens in films.

Women who wear slightly more revealing clothing are thought to be doing it for the men in the movies or are just asking for it from the bad guys, who try to tease and attack them. It’s a horrific movie trope that is happening in real life. Just take for example the 2013 film “Grand Masti,” which shows men ogling women as they walk by specifically because they’re wearing shorter clothing.

Then, of course, there is the problem of item numbers and item girls. Even in films that have done a better job about showing strong female characters, the big item song still pops up. That’s why gender equality groups, campaigns and the media says Bollywood item numbers might contribute to India’s rape culture.

But even if we put aside the item numbers and the portrayal of less-than-capable heroines, Bollywood continues to show the more unappealing sides of a woman. The most obvious point can be seen in the 2014 film “Shaadi Ke Side Effects,” starring Farhan Akhtar, who himself is part of a gender equality campaign, and Vidya Balan, who has portrayed extremely interesting and strong women in films like “No One Killed Jessica,” “The Dirty Picture,” and “Kahaani.” Told mostly in the perspective of Akhtar’s character Sid, the two actors play a newly married and very modern couple, who find out they are having a kid, and the stresses that come with that.

Aside from the common and real problems that come with pregnancy, like morning sickness and trying desperately to figure out how to be good parents, the film delves into rude stereotypes about how women become controlling, shrill and overbearing when they have a child. Sid instantly becomes the victim to his wife’s horrible treatment. He has to turn down the volume when watching a football game with his friends because the baby is trying to sleep. He’s berated for never anticipating his child’s needs. His wife gets mad because all he wants to do is go out on the town with her. He leaves his daughter on a horse with a stranger and the audience is told to feel bad for him because all he was trying to do was have a day away from the controlling and stuffy home his wife is now providing him. At the end of the film, neither character is very likable, but audiences are forced to be happy they still love each other, and that Sid still wants to be with his wife despite the awfulness that comes with pregnancy.

Why must Balan’s character become the “villain” in this storyline? Will showing strong, independent women as controlling, manipulative, and bossy become a new trend in Bollywood?

Why must a biopic like “Mary Kom” or a female-driven action movie be some of the only ways for women to be strong, fierce and likable in Bollywood films? Sure there are other films like “Shuddh Desi Romance” that depict two great female romantic leads, but even in that film the story is concocted around a man who sees the love of two women. Isn’t it about time audiences see more movies where the women in control are depicted as a positive characteristic? Isn’t it about time Bollywood likes its women?