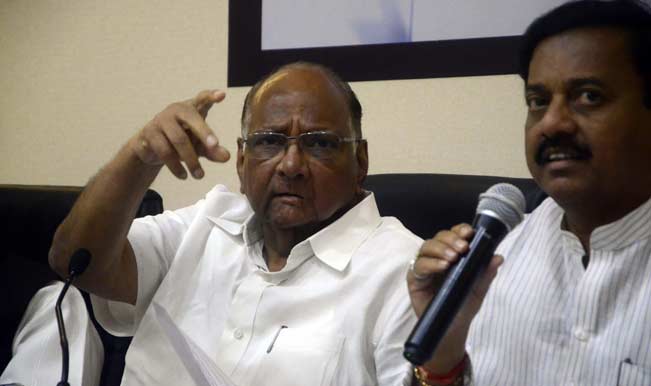 Also Read - 'Nothing More Than Desperate Case of Political Compulsion For Badals', Punjab CM on SAD Snapping Ties With BJP

Mumbai, Sep 23: Congress and NCP leaders met this morning to decide on seat sharing for Maharashtra Assembly elections but the talks were “inconclusive.” Senior Congress leader Narayan Rane told reporters that the two sides have decided to meet again at 8.30 PM as “no solution could be arrived at.” The meeting was held at Chief Minister Prithviraj Chavan‘s official residence – Varsha. Also Read - Karnataka: No-confidence Motion Moved by Congress Against BS Yediyurappa Govt Defeated

Congress has been refusing to yield to NCP’s demand for equal seats, while the latter has rejected offer of 124 of the state’s 288 Assembly seats.
NCP leader Praful Patel and Deputy Chief Minister Ajit Pawar, state party chief Sunil Tatkare and other leaders attended the meeting, to resolve the seat-sharing deadlock and salvage the 15-year-old alliance. Also Read - 'India Feels The Absence...', Rahul Gandhi Launches Veiled Attack on PM Modi on Manmohan Singh's Birthday

State Congress chief Manikrao Thakre, who was present at the meeting, also said the “talks were inconclusive.” NCP’s core committee chaired by party chief Sharad Pawar had gone into a huddle here yesterday where it reaffirmed that the alliance should continue but insisted on getting a larger share of the state’s 288 Assembly seats than 124 offered by Congress.

NCP had contested 114 and Congress 174 in 2009 Assembly elections and has been insisting on fielding candidates in half of the 288 seats, citing it had double the number of Lok Sabha seats in the state than Congress. In the worst-ever performance for the ruling alliance, NCP had won 4 Lok Sabha seats against Congress’ 2.