Congress today wondered whether BJP and its other leaders adhere to it. It also sought to know whether his statement is a sincere voice coming from his heart. 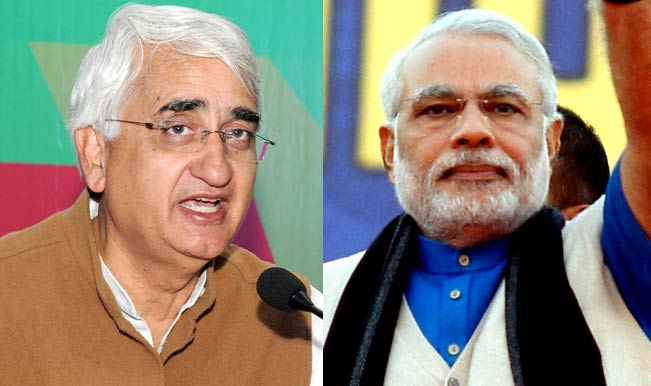 New Delhi, Sept 19: Questioning the timing of Prime Minister Narendra Modi‘s statement ahead of his United States visit that Indian Muslims will live and die for India, Congress today wondered whether BJP and its other leaders adhere to it. It also sought to know whether his statement is a sincere voice coming from his heart. Also Read - Modi to Address UNGA Today | Sustainable Development, Climate Change Among Issues PM to Touch on During Session

“What the Prime Minister has said is welcome and there cannot be any objection to it. But did he take his colleagues Yogi Adityanath, Giriraj Singh and Amit Shah on board on the issue as they have often been heard saying something else. “He has made this statement but let us see whether his party adheres to his statement,” party spokesman Salman Khurshid told reporters. Also Read - PM Modi Asks BJP Workers to Educate Farmers on 'Intricacies of New Farm Reforms' & 'Save Them From Rumours'

Noting that martyrs like Brigadier Usman and Abdul Hamid have shown their love for the country through their martyrdom, he wondered as to why the Prime Minister has made the remark ahead of his visit to the US and not from the ramparts of the Red Fort in his Independence Day address.

“I am a little surprised that this needed to be said by the Prime Minister. One cannot question it but certainly inquire whether this is a sincere voice coming from his heart. I am a little surprised that the Prime Minister took so long to understand this. “….What is the reason that he said this ahead of his visit to the US. Why did he not say that when he was addressing the nation from the ramparts of the Red Fort,” Khurshid, a former External Affairs Minister, said.

Congress General Secretary Digvijay Singh, a known detractor of Modi, also had a dig at him. “Modi ‘Patriotism of Muslims can’t be questioned and they can give their Life for the Country.’ What a pleasant Turn Around ! Does he mean it?,” he tweeted.

The Congress reaction ridiculing Modi’s remarks came after the Prime Minister said in a television interview that Indian Muslims will live and die for India and that they will not dance to the tunes of terror outfit Al Qaeda.