Congress today dismissed as "imaginary, false and baselsss" former TRAI Chairman Pradip Baijal's charge that the then Prime Minister Manmohan Singh had warned him of harm if he did not cooperate on 2G telecom licenses. 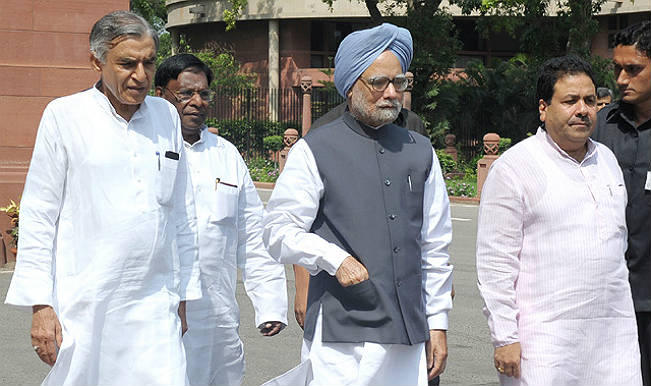 New Delhi, May 26 : Congress today dismissed as “imaginary, false and baselsss” former TRAI Chairman Pradip Baijal’s charge that the then Prime Minister Manmohan Singh had warned him of harm if he did not cooperate on 2G telecom licenses.”It is all imaginary, false and baseless”, party’s communication department in charge Randeep Surjewala told reporters alleging that this has been done by Baijal to “shield” himself from CBI as he himself was an accused in the 2G spectrum allocation scam case. Also Read - Karnataka: Is BJP Planning to End Taluk Panchayat? Congress Questions State's Intention

Surjewala said that Baijal is also an accused for fraud and cheating in a case filed by CBI against him when he was Disinvestment Secretary when Arun Shourie was the Disinvestment Minister in the Atal Behari Vajpayee government.Besides, he said it was Baijal who had evolved the ‘first come, first served’ norm. (READ : Narendra Modi vs Manmohan Singh: Comparison of one-year performance as prime minister)

Seeking to project Baijal in poor light, Surjewala said that after retirement, he had also served as a director in the firm of controversial Niira Radia, who had only recently given clean chit by the CBI.Baijal had made the charge against Manmohan Singh in a book brought out by him damming the previous UPA government.

He also claimed that the CBI wanted him to “implicate” Arun Shourie and Ratan Tata in the case.In his self-published book, “The Complete Story of Indian Reforms: 2G, Power and Private Enterprise – A Practitioner’s Diary’, Baijal, who was appointed head of the telecom watchdog by the NDA government in 2003, said the 2G scam trail began under UPA’s Telecom Minister Dayanidhi Maran regime.

This is the third book in last more than a year that has come to haunt Singh and his government about state of affairs during his regime. The first book was written by his aide and media advisor Sanjaya Baru and another by former coal secretary P C Parakh who is also an accused in the case relating to coal blocks allocation.