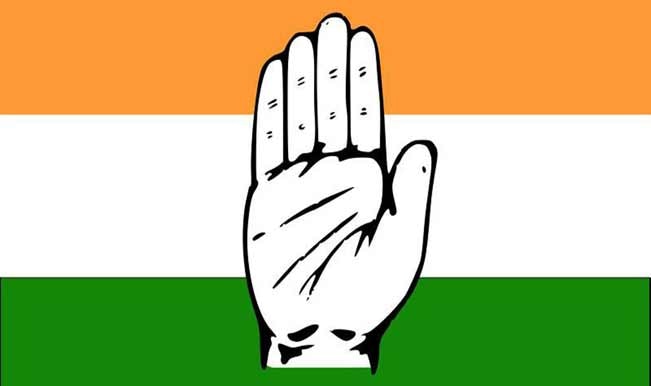 New Delhi, Sep 26: Congress today accused Narendra Modi government of succumbing to “pressure” from MNCs to strip the drug pricing authority of powers to cap prices of non- essential drugs and said patients of cancer, HIV and other ailments in India will now bear the cost of Prime Minister’s “American jamboree”. The opposition party termed the move by the BJP-led government as “anti-people and anti-national” and demanded that it withdraw the decision as it will only profit corporate houses and pharmaceutical giants in India and the US. Also Read - Babul Supriyo Quits Politics With 'Alvida' to Focus on Social Work

The Congress said Prime Minister Narendra Modi, who is travelling to the United States, has extracted a “very heavy price” from the country’s “poor and ailing” for “PR exercise”. It issued a statement saying, “Indian cancer/TB/AIDS and heart patients to bear the cost of Modi’s American jamboree”. The Department of Pharmaceuticals under the Ministry of Chemicals and Fertilisers had last week ordered the National Pharmaceutical Pricing Authority (NPPA) to withdraw a guideline under the Drug (Prices Control) Order of 2013 that gave the pricing authority powers to cap prices of non-essential drugs. Also Read - Kejriwal Govt Urges Centre to Confer Bharat Ratna on Environmentalist Sunderlal Bahuguna

“Because of the UPA policy, the price of a cancer drug Tab Glevec came down from over Rs one lakh to just Rs 8,500. Now the prices will go back to the same old stage. There is tremendous pressure by MNCs to play havoc in the country,” Congress leader and former Union Minister Srikant Jena told reporters here.

“We don’t know who the Prime Minister wants to satisfy ahead of US visit. We oppose it and the government must now go ahead. It should actually withdraw the withdrawal order,” he said. Congress General Secretary Ajay Maken said that while this move will “get Modi good PR and earn the corporate houses undeserved profits, the common man – the middle and lower class Indian – will be left devastated by the sheer insensitivity of this move”.

By forcing NPPA to withdraw its guidelines dated May, 2014 for drug price fixation, Modi has “extracted a very heavy price from the country’s poor and ailing for his much awaited PR exercise while in US,” Maken alleged.

Shah further said: “The samples were collected between 2009 and 2012. But the study does not clarify as to when and where the samples were tested and why did it take two years to write the report.” As per IBEF, the study by AEI claims to assess the “the quality of 1,470 antibiotic and tuberculosis drug samples that claim to be made in India and were sold in Africa, India, and five mid-income non-African countries” based on samples “from pharmacies in 22 cities of 18 low- to mid-income countries between 2009 and 2012.”

“The conclusions of the study are disputed not only for methodology and ethics but also for the poor treatment of data sampling used,” the IBEF statement said. Strongly opposing the findings of the AEI, Pharmexcil India DG PV Appaji said it lacked ethics and there seemed to be a deliberate campaign to malign the Indian pharma industry.

“The minimum requirement would be to give an opportunity to the labelled manufacturers to give their comments against their test observations,” he added.