Uttar Pradesh Police Headquarters has issued an order to senior police officials of 18 districts to immediately conduct COVID-19 tests of people who attended a religious gathering in Nizamuddin, New Delhi and admit those who test positive for the virus.

New Delhi: Six people from Telangana who attended a religious congregation (Markaz) at a mosque in national capital’s Nizamuddin area between March 13 and March 15 have died after testing positive for coronavirus. Last week, a cleric, who had attended the event had died in Srinagar. Also Read - Amid Coronavirus Lockdown, Telangana Govt Announces 75% Salary Cut For Employees

“COVID-19 has spread among some of those who attended a religious prayer meeting from 13th to 15th March at Markaz in the Nizamuddin area of Delhi. Among those, who attended were some persons from Telangana. Of them, six died”,  Telangana Chief Minister’s Office confirmed. Also Read - Coronavirus Pandemic: Confirmed Cases Climb to 1251, Total Deaths Now at 32 | Top Developments

The state government also sought cooperation from all those persons who had attended the Tablighi Jamaat at the Markaz mosque in Nizamuddin. Also Read - WHO Issues 'Life-saving' Guidelines For Health Workers Treating Coronavirus Patients

“All those, who went for the Markaz prayers in Delhi should inform authorities. The government would conduct tests and offer treatment to them free of cost. Any one who has information about them should alert the government and authorities.”

Meanwhile, Uttar Pradesh Police Headquarters has issued an order to senior police officials of 18 districts to immediately conduct COVID-19 tests of people who attended a religious gathering in Nizamuddin, New Delhi and admit those who test positive for the virus. 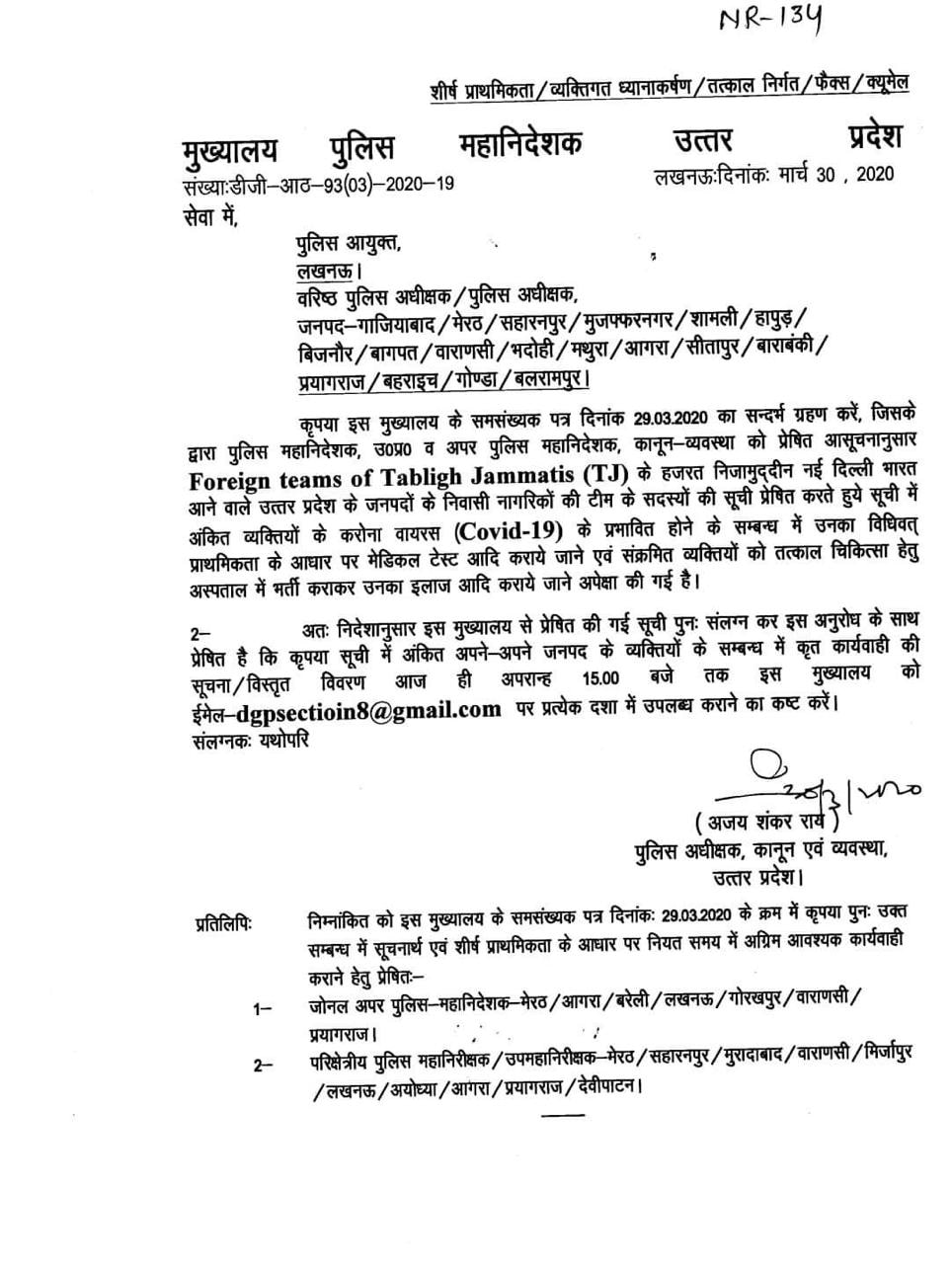 Speaking to reporters, officials informed that over 2,000 delegates, including those from Indonesia and Malaysia, had attended the Tabligh-e-Jamaat congregation in Nizamuddin West from March 1-15.  The police said the religious congregation was organised without permission from authorities.

Delhi Chief Minister Arvind Kejriwal has ordered the registration of an FIR against a ‘maulana’ (cleric) for leading the congregation. Besides, the AAP-led Delhi government is also expected to launch a house-to-house mapping exercise in two nearby colonies today to check for COVID-19 cases.