The CPI leader said the party had decided to strengthen the links with the people by waging several struggles at the grassroot level. 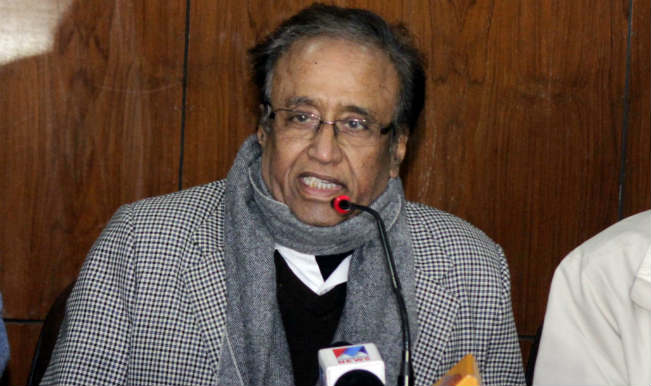 Puducherry, Mar 24: The participation of top level leaders of Left parties in the 22nd five-day national Congress of CPI beginning here tomorrow is a signal for reunification of these parties in the country, CPI General Secretary S Sudhakar Reddy said here today. The meet was aimed at strengthening the party, forge a united Left platform and bring secular forces and individual groups to defend secularism, freedom of speech, democracy and to fight the negative effect of the ‘neo-liberal’ economic policies and globalisation, he told reporters.

The Congress will see participation of Prakash Karat (CPI-M) Debabrata Biswas (AIFB), Abani Roy (RSP), Dipankar Battacharrya (CPI-ML) and Provash Ghosh of SUCI, he said. “These leaders have agreed to participate in the meet and this is a signal for reunification of Left parties in the country”, he said. Reddy said Left parties alone could not fight the ‘neo liberal’ economic policies of the ruling NDA at the Centre. All democratic secular forces opposing such policies should also come under one platform to face the challenges, he said. (READ: Congress hits out at goverment over Nitin Gadkari’s letters to opposition parties)

He said the conference would discuss the present political and economic scenario of the country among other things and chalk out strategies for the future. The CPI leader said the party had decided to strengthen the links with the people by waging several struggles at the grassroot level.
Reddy charged Prime Minister Narendra Modi with bringing ‘good days’ for corporate houses by amending the land law and also privatising coal mines in the name of long lease. On Modi’s remarks that opposition parties were spreading lies about the Land Acquisition Act, he alleged that the PM himself was lying to the people and planning to ‘snatch away’ lands from farmers. Land owned by peasants were sought to be taken away under the Act, he alleged.

Raja also took strong exception to what he termed was the Hindutva offensive against minorities and ‘threats’ faced by artists, writers, historians and intellectuals. There was also a threat to freedom of speech, he said, adding CPI would fight ‘cultural terrorism’ unleashed by RSS and Sangh Parivar. CPI National Secretary D Raja, who was also present, said the party’s Congress bore greater significance in the context of the current political scenario in the country. This is the first time the CPI national-level meet is being held here.