Cyclone 'Nilofar', which developed over the Arabian Sea, is likely to make landfall in Naliya in Kutch district of Gujarat on Friday, but with a reduced intensity 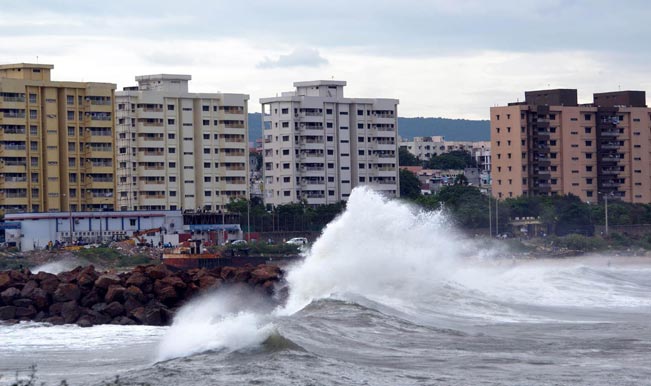 Kolkata, Oct 29: After their laudatory efforts during cyclone ‘Hudhud’, amateur radio operators (hams) from West Bengal and Hyderabad are on alert and ready to roll their services to establish radio communication in case their help is sought in the wake of cyclone ‘Nilofar’ scheduled to hit Gujarat Friday. Cyclone ‘Nilofar’, which developed over the Arabian Sea, is likely to make landfall in Naliya in Kutch district of Gujarat on Friday, but with reduced intensity, an India Meteorological Department bulletin said Tuesday.Also Read - Gujarat Woman Kills Puppy By Throwing It From 3rd Floor Of Building

According to S. Ram Mohan, director, National Institute of Amateur Radio (NIAR), a Hyderabad-based NGO, five teams – two in Bengal and three in Hyderabad – are geared up for any deployment requirements in Gujarat. “Following our work during the recent cyclone Hudhud and earlier in the 2001 Gujarat earthquake, our hams know the drill. We are already on alert and on standby,” Ram Mohan told IANS over the phone from Hyderabad. “We are ready to move if the Gujarat disaster management authorities need our help,” he said, adding NIAR has written to the Prime Minister’s Office Tuesday to apprise them of their intent. Also Read - Married Woman Hangs Self In Gujarat Police Station, Departmental Inquiry Ordered

Ram Mohan said the teams can be mobilised and embedded with relief efforts only upon the request and directions of the central government and state disaster management units. In the aftermath of ‘Hudhud’, several members of the West Bengal Radio Club (Amateur Club) were deployed by the Odisha State Disaster Management Authority and the Andhra Pradesh Police to “establish temporary fail-proof communication system” in the disaster-struck districts of the states. Also Read - Ahmedabad Man Shaves Wife's Head For Cooking Curry 'Too Salty' For Him

Working in collaboration with NIAR, the amateur radio experts succeeded in installing temporary stations in police stations in the districts of Vishakhapatnam, Srikakulam and Vizianagaram. Ambarish Nag Biswas, a licenced amateur radio operator and founder of the Club, was part of the three-member team that aided in communication efforts during the relief operations in Andhra.

“Though the current cyclone Nilofar is set to hit with a reduced intensity, we are still motivated to do our best if our help is sought. Our equipment is packed and ready,” Biswas told IANS. Biswas is in touch with officials of the Gujarat State Disaster Management Authority (GSDMA). The Met Office has forecast heavy to very heavy rainfall along the coastal districts of Saurashtra and Kutch from Oct 31 night.

“We are fully prepared. Around eight to 10 teams of ham radio operators have been moved with equipment. If we need additional help, we will definitely get in touch with the other teams in the country,” Nisarg Dave, a sector manager of GSDMA, told IANS.