In a first, Rabri invites BJP leader for Iftar party. The invitation card sent out to guests does not mention the names of Tej Pratap Yadav and Tejashwi Yadav

New Delhi: The names of Tej Pratap and Tejashwi Yadav have been missing from the invitation card of an Iftar party sent out to political leaders by their mother and Rashtriya Janata Dal (RJD) supremo Lalu Prasad’s wife Rabri Devi. It has been said that the move is aimed at placating the upset RJD leaders, who were disappointed with Tejashwi’s leadership.

On being asked why the names of both Tej and Tejashwi have not been printed in the invitation card, RJD leader Vijay Prakash said that this year’s Iftar party is being organised by Rabri and that is why only her name finds a place.  “Lalu led the party and Rabri is number two, no other meaning should be drawn over this,” he added. 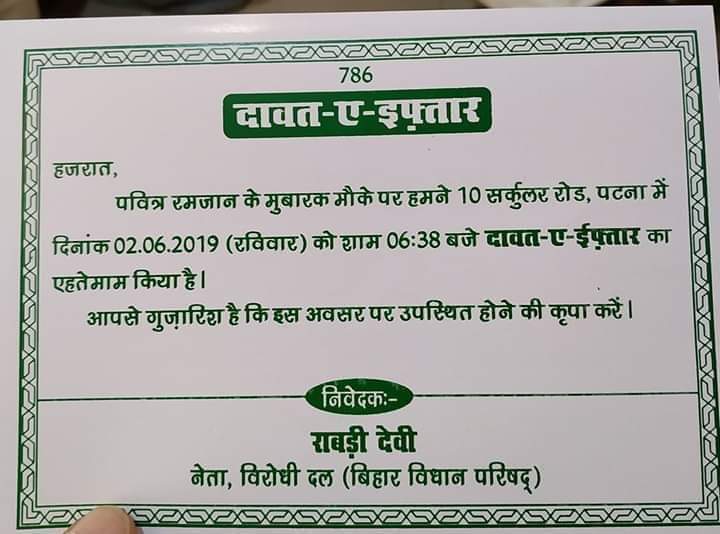 Speaking on the matter, Congress on the other hand said that that the move is taken to placate angry RJD leaders.

“RJD leaders are not happy with Tejashwi’s leadership and it is a good move to let Rabri lead the party. She has been the leader of the party and the Chief Minister in the past as well,” Congress leader Chandra Prakash said.

Notably, several RJD leaders had demanded that Bihar opposition leader Tejashwi Yadav should resign on moral grounds after the Grand Alliance was routed by the NDA in the recently concluded Lok Sabha polls. 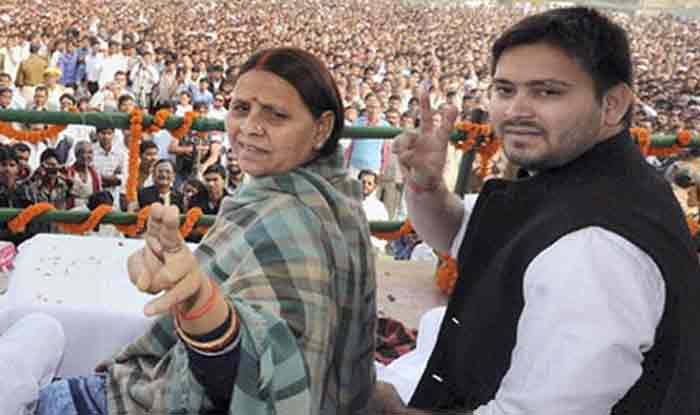 The RJD was the second party of the five members mahagathbandhan to face the heat of resounding defeat in the hands of NDA in Bihar. Except for one seat of Kisanganj won by the Congress, the BJP, JD(U) and LJP combine bagged 39 out of a total 40 Lok Sabha seats in Bihar.

Several BJP leaders have been invited for the first time at the iftar party scheduled on Sunday at Rabri’s residence.

“The invitations to BJP leaders at a time when NDA ally JD(U) has expressed annoyance and opted to stay out of NDA-II cabinet, has more than the eye meets”,  a senior BJP leader told a leading portal.

Surprised at the invitation, Ajit Choudhary, one of the spokespersons of BJP, asserted that it looks good that political culture and decorum in RJD is changing.