Mumbai, Sep 25: In a day of fast political developments, Maharashtra's two main alliances - the BJP-Shiv Sena and the Congress-NCP - Thursday broke up over differences in seat sharing, setting th 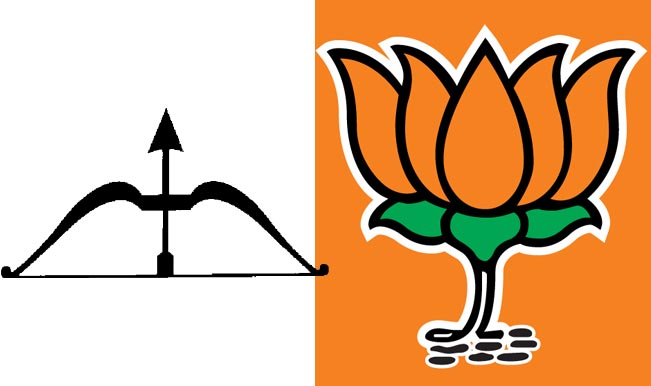 Mumbai, Sep 25: In a day of fast political developments, Maharashtra’s two main alliances – the BJP-Shiv Sena and the Congress-NCP – Thursday broke up over differences in seat sharing, setting the stage for multi-cornered contests in the Oct 15 assembly elections. Also Read - Maharashtra: 'No Political Talks', Raut, Fadnavis Dismiss Rumours About Sena And BJP Patch-up

The Nationalist Congress Party (NCP) called off its 15-year-old alliance with the Congress in the state, hours after the Bharatiya Janata Party snapped off its 25-year-old tie with Shiv Sena. The NCP also quit the Congress-led Democratic Front government, reducing it to a minority in the 288-member assembly and raising the possibility of the state coming under central rule – barely three weeks before the poll. Also Read - Former Union Minister Jaswant Singh Passes Away; PM Modi, Rajnath Express Grief

The BJP has now decided to contest the elections with the support of at least three other smaller parties which were part of the erstwhile ‘Grand Alliance’.

“We tried out level best till the very last to save the alliance. However, there was no suitable proposal forthcoming from the Shiv Sena on the issue of seat-share which could honourably accommodate all the partners. Hence we have decided to go our independent ways,” BJP state president Devendra Fadnavis told media persons.

Barely an hour later, the NCP also broke its ties with Congress and announced it would contest the elections independently with support from “like-minded secular parties”.

“We have decided to chart our independent path along with some secular-minded parties,” state NCP president Sunil Tatkare told the media.

The NCP also decided to withdraw from the government.

Since the election code of conduct is already in force, political experts are not clear whether Chief Minister Prithviraj Chavan will continue as a caretaker or president’s rule will be imposed in the state.

The unprecedented development – when both ruling and opposition alliance collapsed within an hour of each other – has thrown open the possible electoral outcome.

The development is being seen as both the junior alliance partners – the NCP and BJP – deciding to break free from the bigger parties – Congress and Shiv Sena – and attempt to grab power or become powerful on their own strengths.

The same-day, double-divorce came after weeks of bickering over the crucial issue of seat-sharing, and who would get the chief minister’s post after the elections.

Top BJP leaders directly accused Sena leadership of being not interested “in anything else except the CM’s post” while the Sena hit back by alleging “a secret understanding between BJP and (Sharad Pawar-led) NCP and super-arrogance”.

The BJP felt more frustrated as Sena president Uddhav Thackeray left on a day’s pilgrimage to Tuljapur Bhavani Temple in Osmanabad district Thursday, even as the deadline for filing nominations loomed large.

On the other side, the NCP had floated a proposal to share the CM’s post for 30 months (two-and-half years) with Congress, besides contesting half the 288 seats but both were rejected by Congress.

The Congress had Wednesday midnight made its intentions clear by releasing its first list of 188 candidates and Chief Minister Prithviraj Chavan leaving for his constituency Karad in Satara district for poll campaign.

A stunned NCP retaliated by breaking the alliance and quitting the government.

With barely two days left for filing of nominations, the immediate focus will be ensure candidates of all the parties get time and opportunity to file their candidature.

The day’s development has thrown up a wide array of independent parties before the state’s around 8.50 crore voters.

A majority of the 288 constituencies will see at least four-cornered contests – between the Congress, the NCP, the BJP, and the Sena.

Besides, in many constituencies, the Raj Thackeray-led Maharashtra Navnirman Sena may also enter the fray in a big way, hoping to make a killing in view of the emerging sharp divisions of existing vote-banks.

There are several smaller and state-level parties like Republican Party of India-A, the Samajwadi Party, the Bahujan Samaj Party and others with scattered pockets of influence which may.

However, both the “newly-divorced” alliances are keeping options open – the BJP saying that friendship with Sena will continue forever, and the NCP hoping that the next government will also be formed by secular forces – for a post-poll re-marriage.