More than 75 per cent of the total coronavirus cases in the national capital were reported in June, when the curbs were eased during Unlock-1

Delhi Containment Zones List Latest: As Unlock 2.0 begins with more focus on containment zones across the country, the number of containment zones in Delhi is fluctuating as a rigorous process of remapping the containment zones is going on.Also Read - Kerala Lockdown Update: Weekend Restrictions Relaxed, Shops Can Now Open Till 9 PM, Check Other Details Here 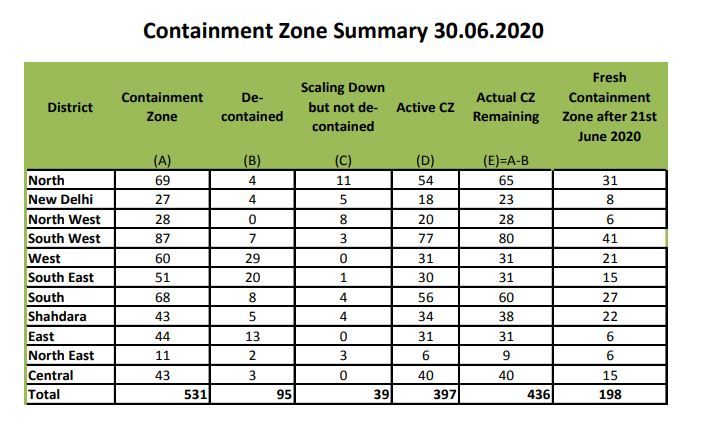 Why remapping is going on

According to reports, 19% of the COVID-19 cases in Delhi originated in containment zones and 45% from clusters. Hence, identifying these clusters was necessary. So, instead of clubbing containment zones together, the exercise focussed on breaking them down.

More than 75 per cent of the total coronavirus cases in the national capital were reported in June, when the curbs were eased during Unlock-1, according to the Delhi government’s health department data.

According to the data, 66,526 fresh coronavirus cases were reported from June 1 to June 30.
The current coronavirus count of the city stands at 87,360, which is highest among cities in the country.

Among the states and Union Territories, Delhi has the highest number of cases after Maharashtra and Tamil Nadu. It has 26,270 active cases, while the death toll stands at 2,742.