Delhi Containment Zones: Number Rises to 417 From 280 After Re-mapping

Delhi Containment Zones: More places in Delhi will come under restrictions once the new mapping is released and revised from time to time.

Containment zones in Delhi: The number of containment zones in Delhi is all set to rise in the coming days as the officials are in the process of remapping the hotspots. Instead of clustering the high-risk areas, the officials are breaking them down, which will increase the number, officials said. In a meeting with Union home minister Amit Shah, it was decided that the government will revise its containment strategies as the numbers of active cases are shooting up. 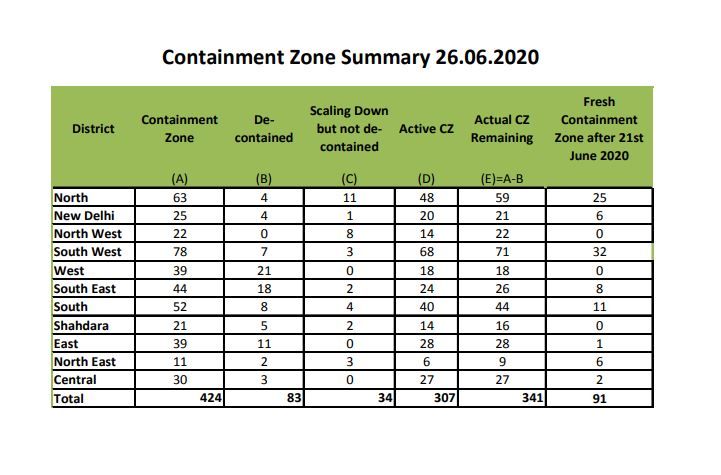 So, more places in Delhi will come under restrictions once the new mapping is released and revised from time to time. Containment zones are areas where COVID-19 cases have been detected in the recent past. De-contained zones are areas which were once put under restrictions because of the spurt of the cases but now no new case has been reported in the past two weeks. Areas which are being scaled down but not yet de-contained are those which are under observation.

According to the new mapping, South and South West Delhi are worst hit among all the districts of Delhi.