Delhi High Court: Coronation of next Shahi Imam has no legal sanctity 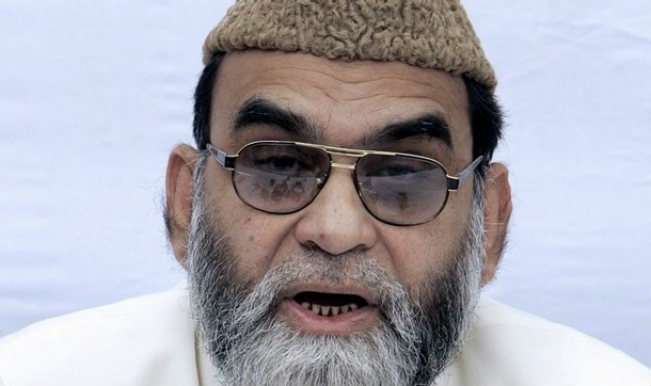 New Delhi, Nov 21: The Delhi High Court today said the ceremony by Jama Masjid Shahi Imam Syed Ahmed Bukhari to annoint his son as his successor has no legal sanctity. However, the court refused to stay the ceremony scheduled for tomorrow. A bench of Chief Justice G Rohini and Justice R S Endlaw said the function is not legal and will not give any “special equities” in their (Imam’s) favour. Also Read - Found More Meritorious People Than Hockey Coach Sandeep Sangwan For Dronacharya Award, Centre Tell HC

The bench issued notice to and sought responses of the Centre, Wakf Board and Bukhari on the three PILs challenging the Imam’s decision to appoint his son as the Naib Imam. The court also questioned the Board why it has not taken any action against Bukhari till date. Yesterday, during arguments on the three petitions, the Centre and the Wakf Board had submitted before the court that the ceremony by Jama Masjid Shahi Imam anointing his son as his deputy and successor has no legal sanctity. Also Read - Nehru Place Should Not Become A Slum: Delhi HC Directs SDMC to Give Suggestions on Squatters Management

The Board, in its response to the court’s query as to what was their legal position on the issue, had also said that it would be holding a meeting soon and action will be taken against Bukhari for what he has done. Earlier, the Centre had said that the Mughal-era mosque Jama Masjid is a Wakf property and it has to decide how the rule of primogeniture applies on anointment of new Shahi Imam, which has come under challenge.

Archaeological Survey of India (ASI) had also requested the court to declare the city’s Jama Masjid as an ancient monument because of its national importance while contending that it needs to be protected. The PILs filed by Suhail Ahmed Khan, Ajay Gautam and advocate V K Anand had said Jama Masjid is a property of Delhi Wakf Board and Bukhari as its employee cannot appoint his son as Naib Imam (deputy Imam).

The petitions had said Shahi Imam had announced on October 30 that his 19-year-old son would succeed him as the next Shahi Imam and the ceremony of ‘Dastarbandi’ would be held on November 22.