New Delhi, May 8: The Delhi Metro on Monday hiked the fare by at least 25 per cent by increasing the minimum fare from Rs 8 to Rs 10. The maximum fare is increased from Rs 30 to Rs 50, a hike of 66 per cent.Also Read - Will Chhath Puja Celebrations be Allowed in Delhi? DDMA to Make Decision on Oct 27

The new rates are likely to applicable from May 1o. Also Read - Travellers Will be Able to Fly to Kushinagar From Delhi on a Direct Flight From THIS Date 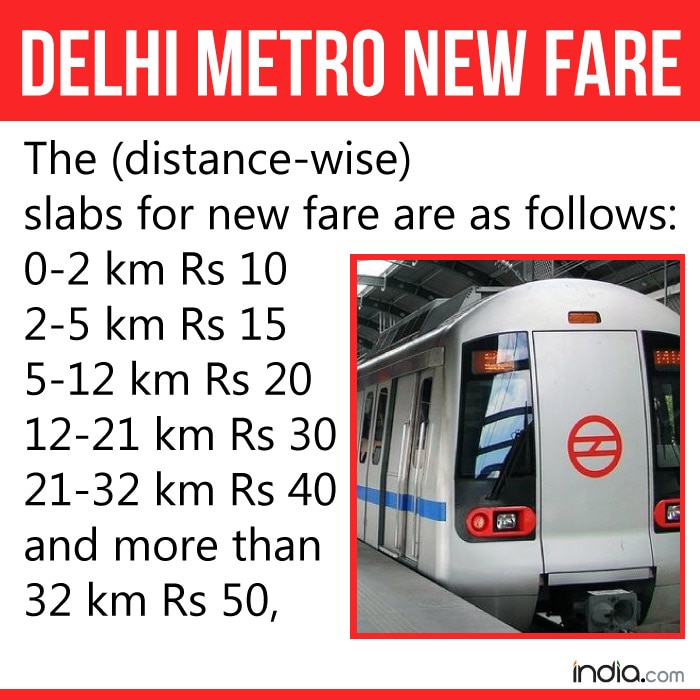 The government had in June 2016 set up the three-member committee under former Delhi high court judge, Justice (retd) ML Mehta to look into fare revision issue and report within three months.

Since it started its service in 2002, Metro has expanded its network to 213 kms, connecting the national capital with Noida, Ghaziabad, Gurgaon and Faridabad. It carries around 3 million passengers on an average every day, with about 1,300 trains making at least 3,000 trips.

The fares were revised only thrice between 2002 and 2009. People paid a minimum Rs 4 for a ride for two years after the service began.