The Delisle Road over-bridge has been closed for both vehicles and pedestrians, considering its dilapidated condition. It will now be demolished.

Mumbai, July 24: The shutting down of Delisle Road over-bridge that crosses the tracks at Lower Parel station has led to commuters face a tough time, especially those who have to go towards Ganpat Rao Kadam Marg.

With the bridge closed, the commuters are forced to use the railway station bridge to go to the other side, which is already jam-packed with the public walking in and out of the station.

The Delisle Road over-bridge has been closed for both vehicles and pedestrians, considering its dilapidated condition. It will now be demolished. 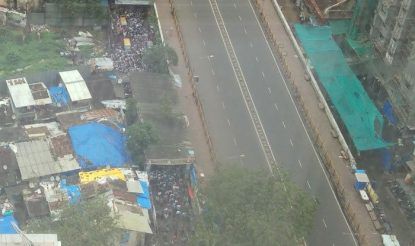 Commuters facing tough time due to shut down of Delisle bridge

“After inspection on July 17, IIT Bombay submitted a preliminary report to close this bridge immediately. This report was given to WR and MCGM both on July 20. We have given information accordingly to all concerned authorities including the police,” Ravinder Bhaskar, Chief PRO, Western Railway was quoted by a leading daily as saying.

Closure of the over-bridge for vehicles is likely to cause traffic snarls in Lower Parel and neighbouring Curry Road, Elphinstone Road, Worli and other areas. 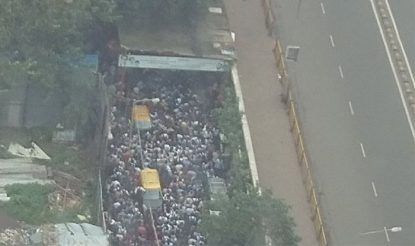 The traffic police have decided to divert traffic on this bridge via Senapati Bapat Marg and NM Joshi Marg. For east-west journey from Lower Parel, motorists will have to use either Elphinstone Road RoB or Mahalaxmi RoB.