Delta Plus Covid Cases Found in 4 States, Classified as ‘Variant of Concern’

Delta Plus Variant: Until Tuesday, there were 22 cases of the Delta Plus variant, found mainly in three states.

New Delhi: Amid a receding second wave of coronavirus, India has reported at least 40 cases of Delta Plus variant, raising fears that a third wave might be near. Government sources told news agency ANI that most of the cases are from four states – Maharashtra, Madhya Pradesh, Kerala and Tamil Nadu. The government has classified it as a ‘Variant of Concern’.Also Read - How COVID-19 Complications Can Cause Kidney Damage, Doctor Explains

Union Health Secretary Rajesh Bhushan writes to chief secretaries of Madhya Pradesh, Kerala and Maharashtra, requesting them to take up immediate containment measures in the districts where Delta Plus variant, categorized as a 'Variant of Concern', has been detected pic.twitter.com/haiMBAxFNZ

“The Delta Plus variant observed sporadically in Maharashtra, Kerala & MP, with around 40 cases identified so far and no significant increase in prevalence. These States advised for strengthening surveillance, public health measures,” the government released a statement on Wednesday morning. Also Read - Focus On Testing, Tracking, Treating: Centre Writes to States to Take Measures Amid Surge in COVID Cases

Until Tuesday, there were 22 cases of the Delta Plus variant, found mainly in three states. “In India, 16 of the 22 cases of Delta Plus variant have been found in Ratnagiri and Jalgaon (Maharashtra) and some cases in Kerala and Madhya Pradesh,” Union Health Secretary Rajesh Bhushan had said during a press briefing.

The ministry advised the three states that the Public Health Response measures, while broadly remaining the same as have been implemented by them earlier, have to become more focused and effective. States Chief Secretaries have been advised to take up immediate containment measures in the districts and clusters including preventing crowds and intermingling of people, widespread testing, prompt tracing as well as vaccine coverage on a priority basis. 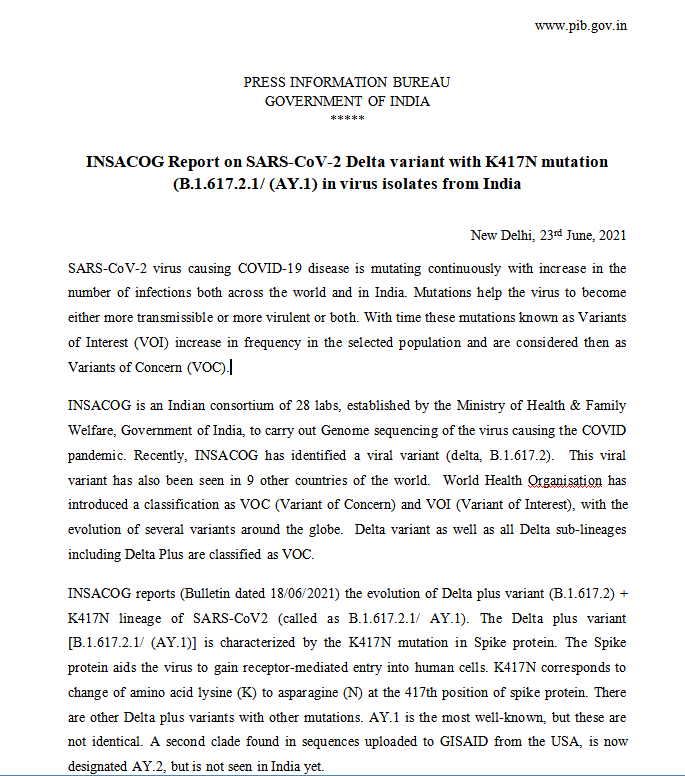 INSACOG report on Delta Plus variant 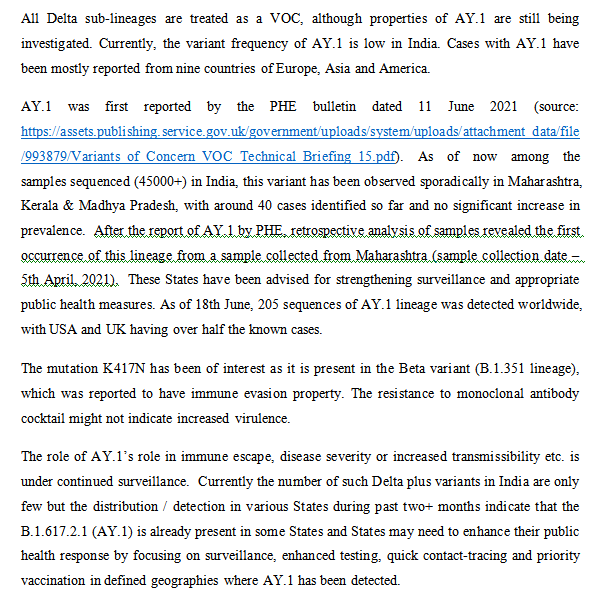 INSACOG report on Delta Plus variant

Apart from India, the Delta Plus Variant has also been detected in nine countries, including UK, Portugal, Switzerland, Poland, Japan, Nepal, China, and Russia.