New Delhi: Amid nationwide protests against the contentious Citizenship Amendment Act, the government has issued advisory asking news channels to refrain from broadcasting content which is ‘likely to instigate violence or which promotes anti-national attitudes.’

This is the second such communication in less than 10 days and the government has asked for ‘strict compliance’, in this regard.

“It is observed that notwithstanding the above advisory, some TV channels are telecasting content which does not appear to be in the spirit of the Programme Codes specified therein,” the advisory read.

“It is accordingly reiterated that all TV channels may abstain from showing any content which is likely to instigate violence or contains anything against maintenance of law and order or which promotes anti-national attitudes,” the Information and Broadcasting Ministry said.

Further, the advisory also asked news channels “not to show content that contains anything which may affect the integrity of the nation, maligns or slanders any individual in person or certain groups, segments of the social public and moral life of the country”. 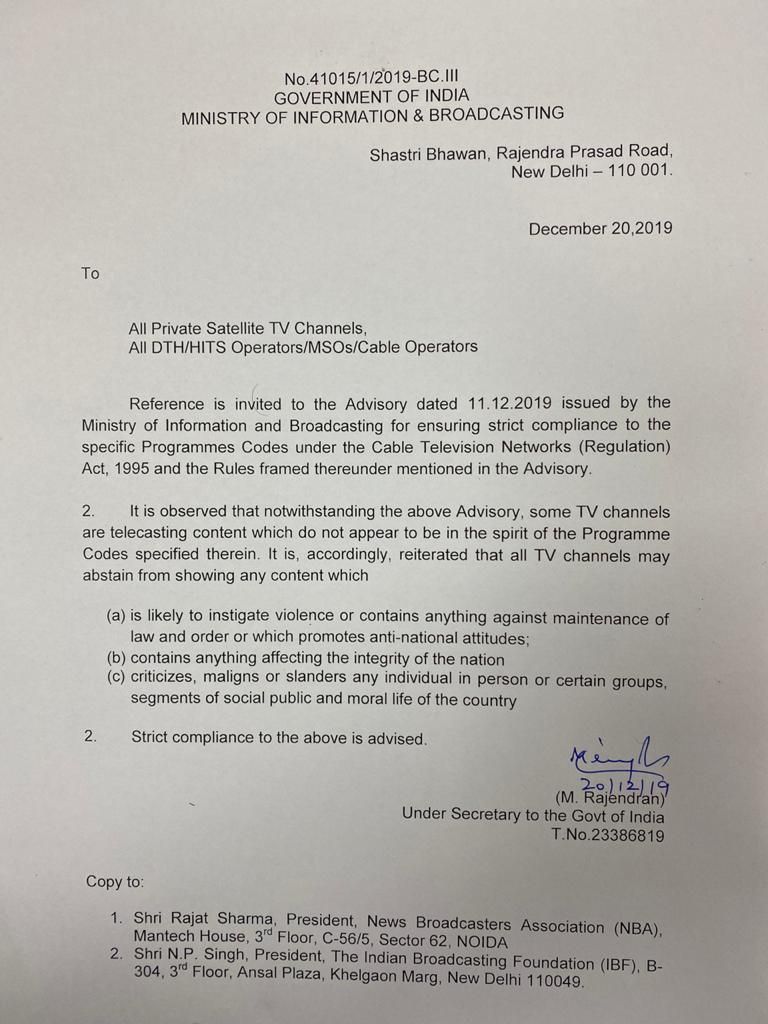 The last such advisory by the Information and Broadcasting Ministry was issued on December 11 when the Citizenship Amendment Bill was passed in the Rajya Sabha, after which protests had broken out in several parts of the country.

Six people have been killed in anti-Citizenship Act protests across Uttar Pradesh today as protesters clashed with the police in several cities, taking the death toll in the last 24 hours to seven.