"We are keen to participate in whatever way we can to aid Nepal," Wangyal said. 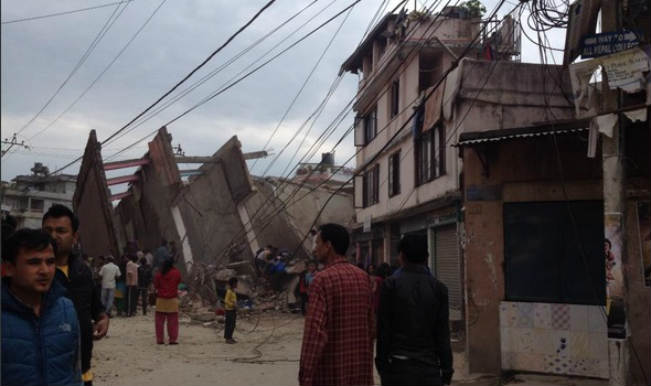 Kolkata, May 27: Members of the first Indian team that scaled Mount Everest 50 years ago are planning to help out in the rehabilitation work in quake-hit Nepal, a member said here on Wednesday. Captain M.S. Kohli, who led the 1965 team to glory, said the Indian Mountaineering Foundation (IMF) is coordinating with Nepal Mountaineering Association to help out in recovery and rehabilitation in the wake of the April 25 temblor. (Read: Everest’s 70 per cent glacier volume may be lost by 2100) Also Read - Nepal Plans to Create a Piece of Art Out of Trash Collected From Mount Everest

“We will try to help them out in every way we can. They have told us to wait till things settle down a bit and once we get the green signal we will be assisting them,” Kohli told IANS. Kohli, a former IMF president, said the earthquake is “too big a tragedy” to have happened. Also Read - Properly Handle Differences, China Tells K P Sharma Oli And Prachanda

“As the first Indian team to scale the Everest, our hearts go out to them. We are deeply pained,” he said. The IMF is the national apex body for organising, supporting and providing a base for mountaineering, sport climbing, trekking at high altitude and other allied adventure activities.

It coordinates climbing in the Indian Himalayas. Kohli was talking on the sidelines of a felicitation ceremony organised by the IMF and the Himalayan Club at the Indian Museum on Tuesday to mark the 50th anniversary of the historic feat.

In addition to Kohli, Sonam Wangyal, G.S. Bhangu, Mulk Raj and Chakraborty (posthumously) were honoured in the event. There are nine surviving members of the 19 member-team which climbed Mount Everest, said Kohli.

Wangyal, who at 23 was the youngest member of the expedition made it to the record books to become the youngest mountaineer to scale the Everest summit at that time. “We are keen to participate in whatever way we can to aid Nepal,” Wangyal said.