The two massive quakes have destroyed or damaged tens of thousands of buildings in Nepal. 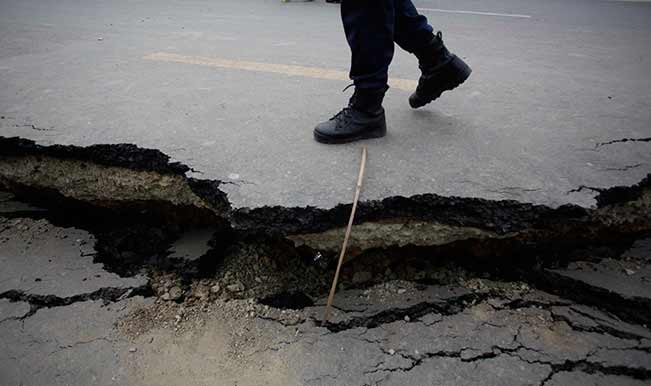 Kathmandu, May 28: Six mild tremors jolted Nepal today, a month after a devastating earthquake ravaged the country and killed nearly 9,000 people. A 4.0 magnitude tremor was felt at 5.29 am local time in the Nepalese capital. According to the National Seismological Centre (NSC), another tremor of 4.2 magnitude shook Dolakha district, one of the regions northeast of Kathmandu devastated by the April 25 quake. (Read: Nepal tremors: Four mild 4.0 magnitude tremors jolt the country) Also Read - PUBG Mobile: These Countries Lift Restriction on Royale Game | Will India Withdraw Ban Too?

Earlier, two tremors of 4.0 magnitude were recorded at 3.07 am and 3. 40 am with epicentre at Gorkha-Dhading, according to the NSC. A 4.1 magnitude tremor was recorded at 12:14 pm with Dolakha as the epicenter. Another 4.2 magnitude tremor was felt at 11:36 pm with epicenter at Dolakha. Also Read - Whoops-a -Daisy! A Nepalese Private Airline Mistakenly Flew 69 Passengers To Wrong Destination

Over 280 aftershocks having a magnitude of 4 or more have been recorded since the April 25 earthquake. The 7.9-magnitude quake which struck Nepal on April 25 and another having a magnitude of 7.3 on May 12 have left nearly 9,000 people dead and over 21,000 injured. The two massive quakes have destroyed or damaged tens of thousands of buildings in Nepal.