Earthquake Strikes Assam: The EMSC said that the quake was at a depth of 10 km (6.21 miles).

Guwahati: A massive earthquake of magnitude 6.4 on Wednesday morning struck Assam, the European Mediterranean Seismological Centre (EMSC) said. The tremors were felt across Northeast and parts of north side of West Bengal. The EMSC said that the quake was at a depth of 10 km (6.21 miles).Also Read - West Bengal Waives Off Registration Fee, Motor Vehicle and Additional Taxes For Electric, CNG vehicles

11: 30 AM: The high-intensity earthquake on Wednesday caused damage to houses and buildings with cracks on roads at several places in Assam. However, no injury or casualty has been reported so far. Also Read - Another Bengali Model Found Dead in Kolkata Apartment, 2nd Suicide in 72 Hours

10:30 AM: The earthquake originated in Tezpur of Assam and tremors were felt even in North Bengal and other parts of the Northeast. 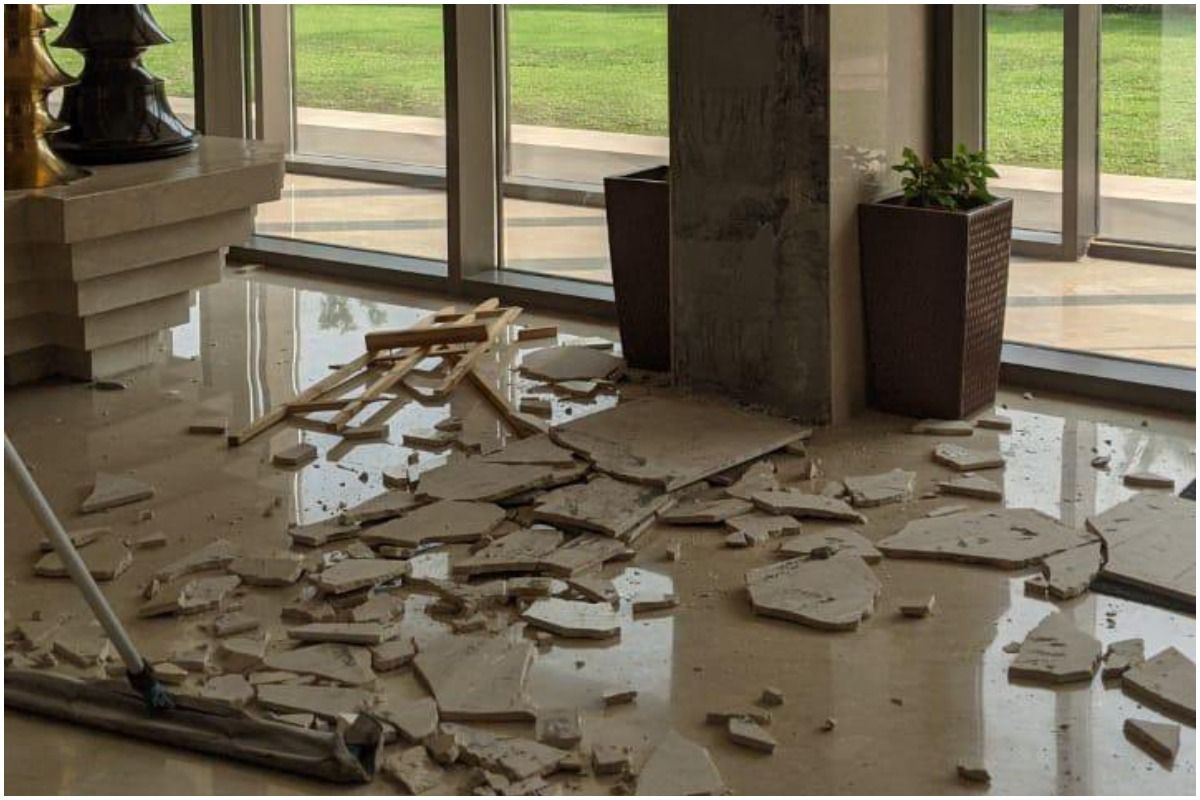 An earthquake with a magnitude of 6.4 on the Richter Scale hit Sonitpur, Assam today at 7:51 AM: National Center for Seismology pic.twitter.com/laGILeb34j

As per reports, the earthquake originated in Assam and tremors were felt across Assam, North Bengal and other parts of the Northeast.

Indian media when they find there's a #earthquake but in assam pic.twitter.com/MdSOLh9TAc

#earthquake
Having experienced that massive tremor, I am sure that everyone must be feeling a sense of shock. Please stay calm. Take care of one another. The details of the epicentre in Dhekiajuli will come soon. pic.twitter.com/ShWWPfI9OO

Massive #earthquake in Assam and some parts of Bihar and Bengal pic.twitter.com/wD6CYZ6r3T

According to the National Centre of Seismology, the earthquake measuring 6.4 on the Richter Scale originated in Sonitpur of Assam.

#WATCH Assam | A building in Nagaon tilts against its adjacent building. An earthquake with a magnitude of 6.4 on the Richter Scale hit Sonitpur today. Tremors were felt in Nagaon too. pic.twitter.com/03ljgzyBhS

#WATCH Assam | Cracks appeared on a road in Sonitpur
as a 6.4 magnitude earthquake hit the region this morning. pic.twitter.com/WfP7xWGy2q