In Bihar, a total of 1.38 crore people are battling the deluge in 18 districts of the state and around 7.34 lakh people have been shifted to safer areas.

Patna, Aug 23: The floods situation in Bihar and Uttar Pradesh continue to depredate the properties in various districts. The increase in water levels of the lakes and rivers have affected lakhs across both the states. In Bihar, the death toll, due to the deluge, rose to 361 on Thursday. Meanwhile, in Uttar Pradesh, the death toll rose to 72 on Monday following three more deaths whereas, in Assam over 70 persons have died so far.Also Read - Uttarakhand CM Dhami Announces Aid of Rs 4 Lakhs for Kins of Deceased on Rain-related Incidents; IMD Issues Orange Alert Issued for Kerala

In Bihar, a total of 1.38 crore people are battling the deluge in 18 districts of the state and around 7.34 lakh people have been shifted to safer areas. Reports claims that close to 3.27 lakh people are putting up in 1,346 relief camps. Chief Minister Nitish Kumar took stock of the situation in the flood-affected areas last week and assured that relief material is being provided to those in need. Also Read - 3 dead, Over 19 Lakh Affected Due to Heavy Downpour in Odisha

#Darbhanga People suffer as floods in #Bihar worsen: One Army Column & One Engineer Task Force each deployed in seven districts of Bihar pic.twitter.com/e81Jgrhsxx 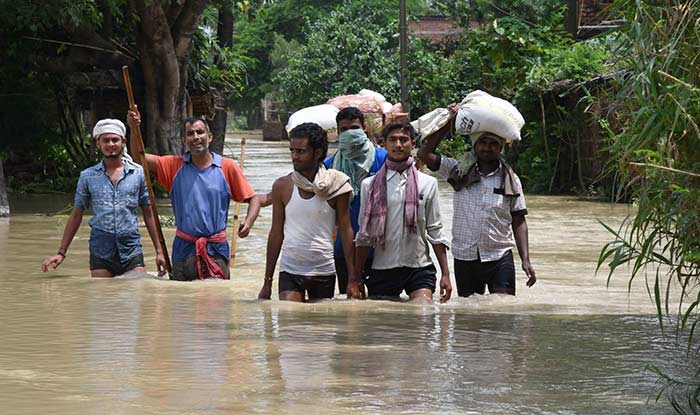 A view of flood-hit Sitamarhi District of Bihar

Meanwhile in Uttar Pradesh, the overall situation is grim. Over 20 lakh people have been hit by the current spell of floods in 24 districts of the state. 2,688 villages are under water. On Wednesday, ANI tweeted out that river Rapti at Bansi in Siddharthnagar district of Uttar Pradesh is now flowing in ‘high flood situation’.

A flood report said 43,602 people have take shelter in relief camps in the affected districts of eastern UP. Notably, Army choppers, NDRF and PAC (flood) jawans continued relief and rescue operations in the severely hit areas of the flood-affected districts. Earlier on Monday, a Central Water Commission report said the Sharda river was flowing above the red mark at Palia Kalan and near the danger mark at Shardanagar while the Ghaghra river was flowing above the red mark at Elgin Bridge, Ayodhya and Turtipar (Ballia). Chief Minister Yogi Adityanath visited the flood-affected areas last week and assured relief. (ALSO READ: 215 animals die at Kaziranga National Park in floods) 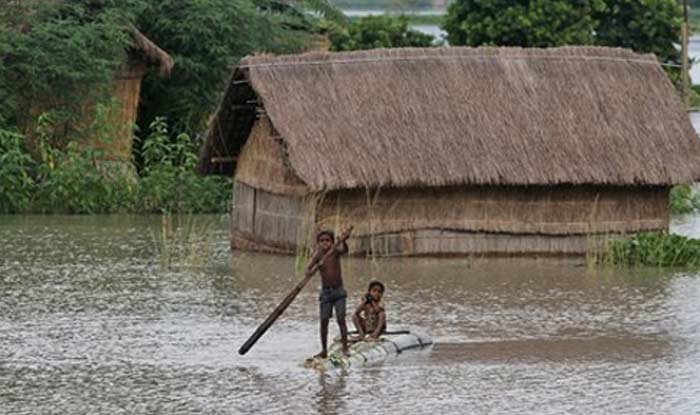 In Assam, though the situation is reportedly limping back to normal, three more deaths were reported in the state on Monday taking the death toll to 70. Altogether 14.36 lakh people are bearing the brunt of the flooding in the 12 affected districts. A report claimed that however, the water is receding from human habitation and agricultural fields, over 76,000 hectares of farmland with standing crop is still inundated in 12 districts. Notably, a total of 125 relief camps have been setup in the state accommodating over 46,000 people. The floods have claimed the lives of 215 animals, including 13 rhinos and a Royal Bengal Tiger, at the Kaziranga National Park in Assam. 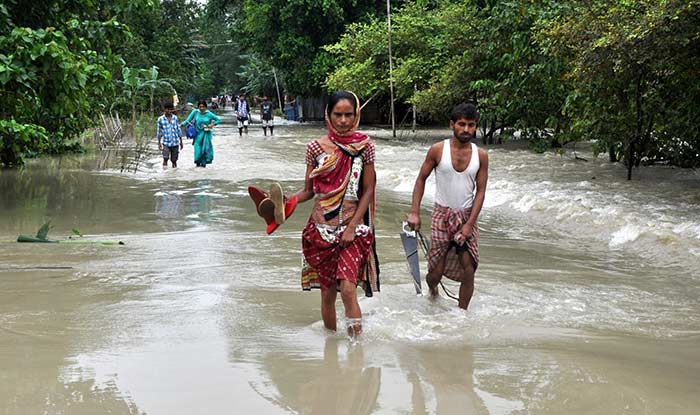 In West Bengal, the ongoing floods have claimed 152 lives and caused losses to the tune of Rs 14,000 crore in 11 districts of the state, Chief Minister Mamata Banerjee said on Monday after visiting three northern districts where large areas continued to be submerged. People evacuate along with their belongings in West Bengal

“The floods have caused losses totaling almost Rs 14,000 crore in 11 districts of the state. So far, there are reports of 152 deaths due to various causes like drowning, snake bites etc in the state in the ongoing floods. 1.5 crore people have been affected,” she said.