Godman Rampal still in ashram, operation to continue till he is nabbed: Haryana DGP 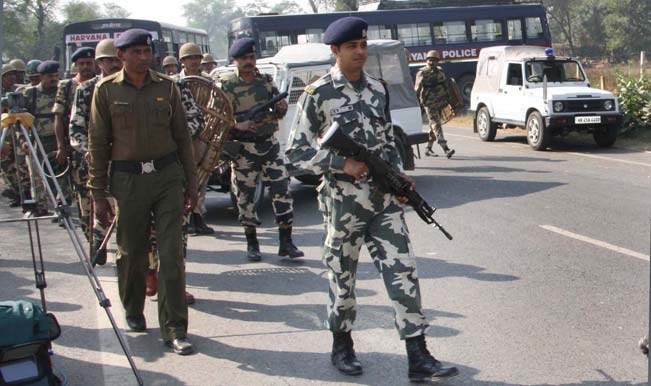 Chandigarh, Nov 18: As the situation remained tense and volatile at the ashram of ‘godman’ Rampal in Barwala town, Haryana DGP S N Vashisht today said security personnel were exercising maximum restraint as lives of women and children being used as “human shields” were involved. Besides, the police had to deal with large number of arms, ammunition and an LPG dump inside the Satlok Ashram, he said, maintaining that the controversial figure was “100 per cent” still in the Ashram. Also Read - Secret Has Gone With You! Sushant Singh Rajput's MS Dhoni Co-Star Bhumika Chawala Shares Heartfelt Post

Vashisht along with Chief Minister’s Principal Secretary, Sanjeev Kaushal and Additional Chief Secretary (Home), P K Mahapatra, briefed reporters about the entire operation. The DGP said over 200 persons, including 100 policemen, followers and mediapersons, had received injuries during the course of the operation, in which firing and hurling of stones, petrol bombs and acid bottles from inside the Ashram had taken place.
A woman was found with serious burn injuries and it remained unclear how she got the injury, the DGP said, adding that no life had been lost in today’s operation. Also Read - ECB Terminates Players' Contracts For The Hundred

Fresh FIR has been slapped against Rampal as he has been held responsible for this entire operation and firing resulting in injuries to several people and putting innocent lives at stake, he said. Two other FIRs have also been registered, he said. One in connection with the failed self-immolation attempt by 50 followers by pouring diesel on them, which was foiled by using water cannons. The other is against Rampal and others for keeping the followers hostage inside the Ashram.

“We are committed to bring out the godman who is 100 per cent still inside the Ashram and comply with the High Court directive,” the DGP said.
Vashisht said as the security personnel, including para military forces, launched the operation, they first had to face a hostile group of 50 followers who poured disel on themselves and threatened to commit self-immolation. “We used water canons. However, this group soon attacked the police with acid bottles, but we exercised restraint and managed to prevail upon them,” he said.

He said that Rampal was using a group of 2,000 to 3,000 women and children as “human shields” and they had pitched their camp outside the Ashram complex for past several days, but police managed to disperse them.