Called the 'Sardar Patel National Unity Award,' it will be given out every year on October 31, the birth anniversary of Sardar Patel, for contribution to the country's 'unity and integrity.'

New Delhi: The government has introduced a new set of civilian awards, for contribution to the country’s ‘unity and integrity’ and named it after Sardar Vallabhbhai Patel, the first Home Minister and Deputy Prime Miniter of India.Also Read - Indian Railways to Run Special Train to Statue of Unity: Here's All You Need to Know

The award will be called the ‘Sardar Patel National Unity Award.’ It will be given out every year on October 31, the birth anniversary of Sardar Patel. Also Read - Railways to run special train to Statue of Unity from March 4 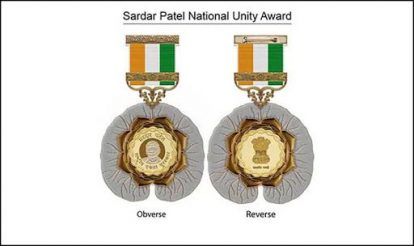 According to a notification released by the Ministry of Home Affairs (MHA), the award will comprise a medal and a citation and would not be conferred posthumously except in very rare and highly deserving cases. Further, there will be no monetary or cash grant with the award.

Also, no more than three awards will be given out in a year. The nominations for these will be invited every year and applications will have to be filled on a website that has been designed specifically for this purpose. All Indian citizens will be eligible for the award, nominations for which could be made by any Indian national or institution or organisation based in India.

Individuals will also be allowed to nominate themselves.

The award is yet another honour bestowed upon Sardar Patel by the government which last year, on his 142nd birth anniversary, inaugurated a statue in his honour, called the ‘Statue of Unity‘. It is located in his home state of Gujarat and at 552 metres, is the world’s tallest statue.