Finance Minister Arun Jaitley on Thursday said a lot of ground has been covered by the government in unearthing black money and cases have been filed against 18 "illegal" account holders of the 28 accounts identified in the tax-haven of Liechtenstein. 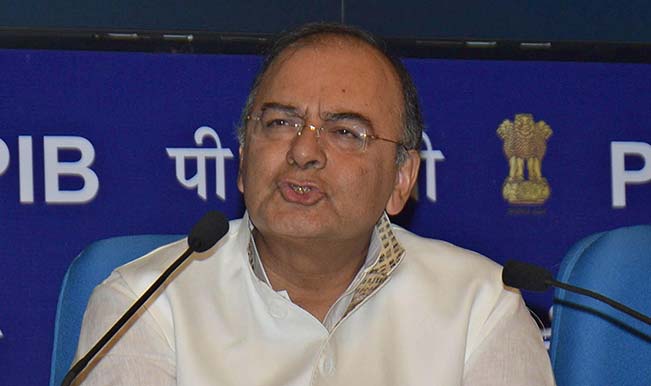 New Delhi, Nov 28:  Finance Minister Arun Jaitley on Thursday said a lot of ground has been covered by the government in unearthing black money and cases have been filed against 18 “illegal” account holders of the 28 accounts identified in the tax-haven of Liechtenstein. Jaitley, who replied to a spirited debate in the Lok Sabha on the issue of black money, said 427 Indians have been identified of the 627 foreign bank account holders, which were furnished to the Supreme Court in a sealed envelope. Also Read - 'May Everyone be Blessed With Joy, Good Health': PM Modi, Vice President Naidu Extend Onam Greetings

He said 250 had admitted to such accounts. The Congress staged a walk out to express its dissatisfaction with Jaitley’s reply. The house saw concerted attempts by the opposition to nail down the government on the issue of black money, with many leaders alleging that the BJP has not been able to fulfill its poll promise. Also Read - 'Miss my Friend a Lot,' Says PM Modi on 1st Death Anniversary of Arun Jaitley; Many Political Leaders Pay Tribute

They also demanded a time frame by which the illegal money of Indians stashed abroad will be brought back. Some leaders also said the government should disclose the names. Parliamentary Affairs Minister M. Venkaiah Naidu said the BJP’s position on black money was reflected in its election manifesto and the party did not talk of bringing it back in 100 days.

Jaitley refuted the opposition charges that the government was not doing enough and maintained that a lot of ground has been covered. He said while 250 people have conceded to having overseas bank accounts, more names would come up as cases are filed.

“Of the 28 accounts in Liechtenstein on which Germany had information, 18 accounts were illegal. We have concluded income tax proceedings, given the tax dues and the penalty. And cases have been filed against them,” Jaitley said.

The finance minister said that as things stood now, the Swiss authorities have been persuaded to at least establish the veracity of any evidence that the Indian government and the special team manages to procure from various sources regarding these accounts. He said there was also an agreement with the Swiss authorities on automatic exchange of information in real time on tax-evasion.

Speaking during the resumed debate in the Lok Sabha, Samajwadi Party leader Mulayam Singh Yadav sought a time frame to bring back the black money. He claimed the previous Congress-led government had made an agreement with Switzerland on the black money issue and much of the money has since been withdrawn from foreign banks.

“Has this government tried to find out where the money has gone?” Yadav asked. He said BJP leaders had talked about people getting Rs.15 lakh in their bank accounts after black money was brought back. “Why did you promise?”

Leader of Congress in Lok Sabha Mallikarjun Kharge said that though the Rs.15 lakh promise was not in the BJP manifesto, it was made during the poll campaign. Communist Party of India-Marxist leader Mohammed Salim slammed both the previous UPA government and the NDA government on the issue and said it was also important to tackle the use of issue of black money in elections.

Trinamool Congress members came to the Lok Sabha in the morning draped in black shawls to protest against the government on the black money issue. The party members had Tuesday used black umbrellas to protest. The discussion on black money started in the Lok Sabha Wednesday. The Rajya Sabha had concluded the debate Wednesday.