Governor had asked Shiv Sena, BJP if they can form interim government

Before imposition of President's rule in Maharashtra, Governor Vidyasagar Rao had written separate letters to Shiv Sena and BJP seeking to know if they could form an interim government in the state after Chief Minister Prithviraj Chavan resigned on Friday 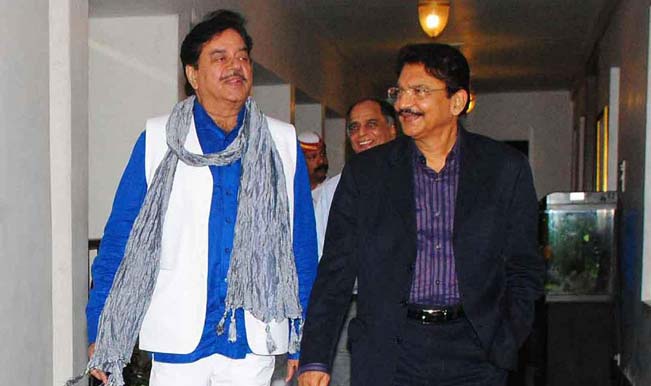 Also Read - Will be Easier to Stop Infection If...: Maharashtra CM Concerned Over Tracking of International Passengers Amid Omicron Threat

Mumbai, Sep 28: Before imposition of President’s rule in Maharashtra, Governor Vidyasagar Rao had written separate letters to Shiv Sena and BJP seeking to know if they could form an interim government in the state after Chief Minister Prithviraj Chavan resigned on Friday. The 25-year-old BJP-Shiv Sena alliance had split on September 25 over the issue of seat sharing for October 15 assembly elections. Chavan had resigned after his government was reduced to a minority as the ally NCP withdrew the support. Also Read - Maharashtra To Reopen Schools From December 1, Even As Omicron Fears Emerge

“After the withdrawal of support by NCP to the Democratic Front government on 25th September, the government has become a minority government,” the letter written yesterday by the Governor to senior Sena leader Subhash Desai read. “In this regard I am exploring other avenues of government formation and hence I would like to know from you as leader of Legislative Party Shiv Sena whether your party is able and willing to form the government,” the letter added. Also Read - COVID Positive Returnee from South Africa Lands in Mumbai via Dubai and Delhi, Sample Sent to Check for Omicron Variant

Rao further said that if both parties fail to respond to his letter, it shall be deemed that the parties are not willing or able to form the government.
Reacting to the Governor’s letter, Sena leader Subhash Desai said the party will form a government only when it comes to power with a majority post elections.

“Yes, the Governor did send me a letter asking us if we would like to form the government. I categorically told him that he does not need to come to us. We will ourselves go to him, but only after we win the elections with a majority,” Desai told PTI. It was learnt that a similar letter was sent to BJP leader Eknath Khadse as well. However, despite repeated attempts, Khadse remained unavailable for comment.

Rao, a senior BJP leader from Telangana, was appointed Governor of Maharashtra last month, after K Sankaranarayanan resigned from the post following his transfer to Mizoram.