Governor unaware of who is supporting Devendra Fadnavis: RTI query

In a startling revelation, an RTI query has revealed that the BJP failed to provide a list of legislators supporting it when the party staked claim with the governor to form a minority government in Maharashtra 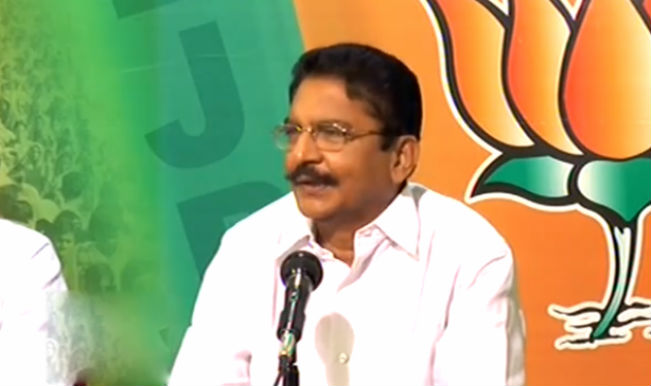 Mumbai, Nov 20: In a startling revelation, an RTI query has revealed that the BJP failed to provide a list of legislators supporting it when the party staked claim with the governor to form a minority government in Maharashtra. “This has now been revealed through a reply by the governor’s secretariat to my query under RTI, in which I sought information about the strength of MLAs who supported (Chief Minister Devendra) Fadnavis when he staked claim to form the government,” Right to Information (RTI) activist Anil Galgali said. Also Read - 'Bhagat Singh Would be in Jail Today': Netizens Agitate After NIA Books Bittu Sonowal Under UAPA For Writing 'Lal Salam'-'Comrade' on Facebook

In response to his RTI query, an official said Oct 28, 2014, around 6.40 p.m., a letter signed by Fadnavis, senior BJP leaders Eknathrao Khadse-Patil, Vinod Tawde, Sudhir Mungantiwar and Pankaja Munde-Palwe, was submitted to Governor C.V. Rao. “In the letter, the governor was informed that ‘the BJP being the single-largest party, we request your honour to give us the opportunity to form the government’, without the list of the legislators,” Galgali told IANS. Also Read - RTI Plea Filed to Know Amount Spent by Govt on COVID-19, Here's What Centre's Replied

Later, Rao invited Fadnavis to form the government which was sworn-in Oct 31 and Fadnavis was directed to prove his majority on the floor of the assembly within 15 days. Galgali said it was very apparent now that Fadnavis chose voice vote – the easiest but the most vague option to clear the vote of confidence – but what was more shocking is the BJP did not even enclose list of its own MLAs and other MLAs who were supporting with the letter to the governor.

“Without disclosing its strength, neither providing any list of supporting MLAs, the Fadnavis government proved its majority on the floor of the house by a voice vote – it displays the smartness of this government,” Galgali added. Since the people of Maharashtra are still unclear about the actual strength of the government, Galgali said it was the “moral duty” of Fadnavis to declare the list of legislators who supported him in the floor test.