New Delhi, December 6: The Congress has performed better than expected in the Gujarat Assembly elections giving Bharatiya Janata Party a run for its money. Leading the Congress campaign from the fron

New Delhi, December 6: The Congress has performed better than expected in the Gujarat Assembly elections giving Bharatiya Janata Party a run for its money. Leading the Congress campaign from the front, Rahul Gandhi  criss-crossed the state addressing 30 rallies, holding public meetings, gathering and visiting as many as many 12 temples.Also Read - Navjot Singh Sidhu to Continue As Punjab Congress Chief, Has Withdrawn Resignation: Harish Rawat

Rahul was on the ground since November and also worked out the caste formula by bringing Other Backward Class leader Alpesh Thakor, Dalit leader Jignesh Mevani and Patidar leader Hardik Patel on board. After a series of meetings and working out various permutations and combinations and with an effective strategy of the senior leaders posted in the state, the poll results is a major comeback for the Congress.   (Also read: Rahul Gandhi Makes a Mark as Congress Gives BJP a Scare) Also Read - World's Largest Political Party...: Uddhav Thackeray Takes Dig at Former Ally 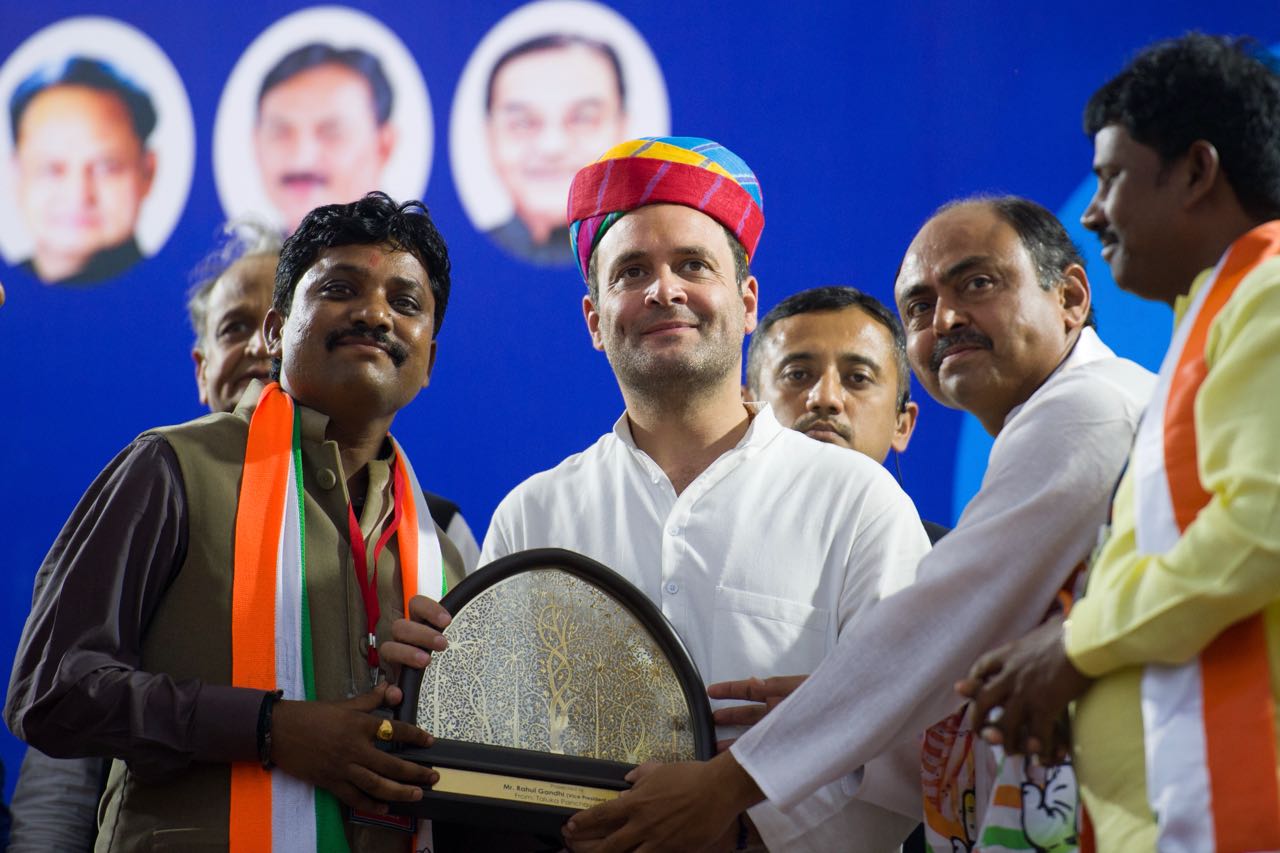 A major takeaway from the Congress’s campaign was Rahul’s positive campaigning and no name calling, and only questioning the BJP, which has been in power in Gujarat since last 22 years. The elections assume significance as Modi’s homestate has gone to polls for the first time after he took charge of the PMO in  Delhi. The rise in tally in the Gujarat Assembly is good for the Congress and it would be not wrong to say “Congress haar kar bhi jeet gayi”.

Even as the BJP is set to form the government for the sixth time, the Congress gave a tough fight to the saffron party forcing it to introspect as major states will go to polls in 2018. Not just on the ground, the Congress also ran a successful campaign on the social media. In ‘question a day’ series, Rahul asked one question everyday in the run upto polls and backing it with facts and figures. Starting with demonetisation, Goods and Service Tax, economic growth, Rahul’s campaign focussed on issues affecting Gujaratis and questioned the BJP government over it. Not only meetings, rallies, Rahul went a step ahead this time and met people from all walks of life, listening to them, holding on to their pulse and connecting with people on the ground. 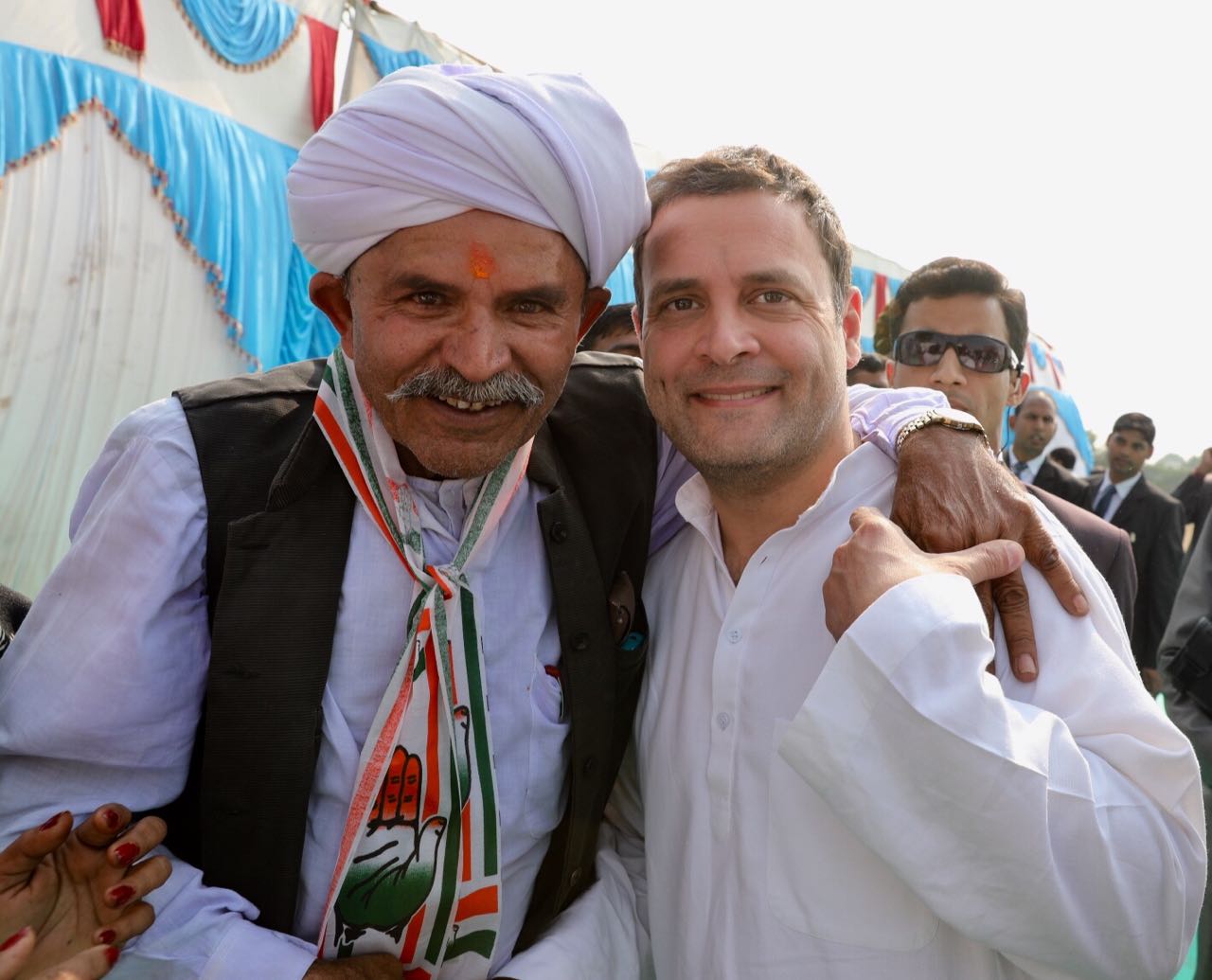 The Amethi MP was successful in changing the perception of a ‘reluctant’ politician. He started working on Gujarat elections and appointed former Rajasthan chief minister Ashok Gehlot as general secretary in-charge for the state. Using the rich experience of Gehlot and enthusiasm and energy of the youth, Rahul led his campaign and worked on a winning formula. Rahul’s campaign did left a big impact in the state as the wind has been flowing against the party since 2014 Lok Sabha elections.

The Congress looks set to increase its tally where BJP is likely to get around 100 seats. However, its national president Amit Shah had set a target of 150 seats.  The BJP which was riding high on the Modi wave saw the Prime Minister addressing at least 34 rallies. Rahul handled the situation maturely when his colleague Mani Shankar Aiyar called Modi “neech”. He immediately sacked Aiyar not giving any chance to the BJP to use the remarks as an ammunition to its advantage. The Gandhi scion even asked party leaders and workers not to indulge in name-calling and lead a positive campaign. But he did not fall short of criticising Modi when the latter attacked Dr Manmohan Singh.

The momentum has been built now and it has to maintain the momentum if the Congress is serious about making a dent in BJP’s poll prospects in the Assembly elections scheduled for 2018. But the responsibility lies on Rahul’s shoulders who cannot go into slumber or on a surprise vacation. The Congress needs to carry forward its positive campaign enriched with the experience of senior leaders and energy of youth.

Disclaimer: The views and opinions expressed in this article are those of the author and do not necessarily reflect the official policy or position of India.com. The writer is solely responsible for any claims arising out of the contents of this article.