‘Had Lashkar Succeeded in Its Plan, Kasab Would Have Died as Samir Chaudhari With ‘Sacred Red Thread’ Around His Wrist’, Reveals Former Mumbai Top Cop

Many pictures of Kasab had also showed him wearing that red thread on his right wrist.

Maria, in his book revealed that the Lashkar wanted to project the deadly attack (that claimed lives of nearly 165 people) as a case of “Hindu terrorism”. Also Read - 26/11 Mumbai Attacks: Photojournalist Who Captured Ajmal Kasab Claims Police Let Terrorists Flee From CSMT as They Were Afraid

“There would have been screaming headlines on newspapers claiming how Hindu terrorists had attacked Mumbai. Over the top TV journalists would have made a beeline for Bengaluru to interview his family and neighbours. But alas, it had not worked that way and here he was, Ajmal Amir Kasab of Faridkot in Pakistan,” Maria wrote in his book. Also Read - How the secret operation to shift Kasab for hanging unfolded

Notably, many pictures of Kasab had also showed him wearing that red thread on his right wrist. 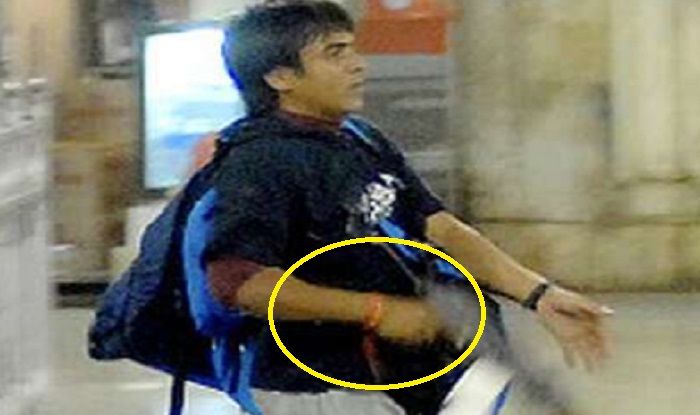 Spilling the beans further, the former Mumbai top cop claimed that Kasab had initially joined LeT for committing robberies to improve his financial status and had nothing to do with ‘jihad’.

“Kasab seriously believed that Muslims were not allowed to offer namaaz in India, and mosques were locked up by the authorities. He felt that the azaan he heard five times a day in the crime branch lockup was just a figment of his imagination. When we came to know of this, I instructed Mahale (investigating officer Ramesh Mahale) to take him to the mosque near the metro cinema in a vehicle,” Maria’s book said.

A total of nine locations were targeted by the terrorists in the attacks killing 165 people. A host of top police officers, including then-ATS chief Hemant Karkare and NSG commando, Major Sandeep Unnikrishnan, were martyred in the line of duty.

Kasab, the lone surviving terrorist, was caught by ASI Tukaram Omble, who was martyred in the process. Kasab was hanged in November 2012.