Will the Modi-Shah team give the BJP its first government in Haryana? Or will voters give Congress another chance ignoring serious corruption charges against Hooda? 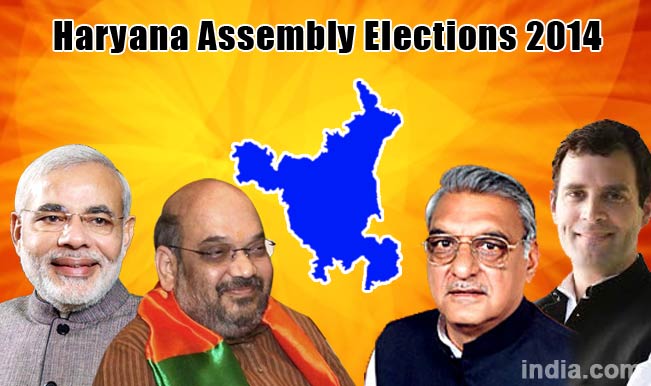 Bharatiya Janata Party (BJP) romped home with 282 seats the last time the pan-India electorate voted in record numbers. That was in May this year when the Indian National Congress (INC) suffered its worst defeat in the 2014 Lok Sabha Elections. The voting for Haryana Assembly Elections took place on October 15, of which the results will be out on Sunday, October 19. The people of Haryana voted in record-breaking numbers, as 76% voters came out to vote in the Haryana Assembly Elections 2014. Also Read - Sharad Pawar Warns Centre To Take Back Farm Laws As Massive Crowd Turns Up in Mumbai's Farmers Rally

Four months ago, when the electorate voted in record numbers in a historic Lok Sabha Elections, the Congress was at the receiving end. The BJP not only won seats in huge chunks, but also clean-swept Gujarat, Rajasthan and Delhi. The last time when Uttar Pradesh voted, Mayawati’s Bahujan Samaj Party (BSP) was reduced to zilch and the Mulayam Singh Yadav-led Samajwadi Party (SP) was limited to their home constituencies. In Haryana, till the Lok Sabha elections the BJP relied on alliance partners to win 7 of the 10 seats when it contested the elections in alliance with HJC. Also Read - Thousands of Maharashtra Farmers Reach Mumbai to Protest Agri Laws, to Hold Rally at Azad Maidan Today 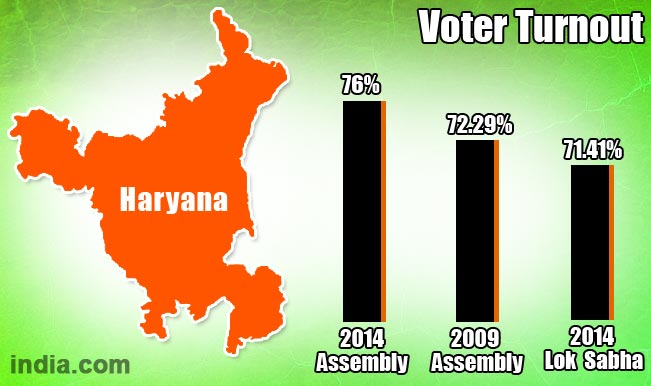 The exit polls by Times Now-C Voter, ABP-Nielsen and Today’s Chanakya have all signalled that the BJP will win a majority of seats in Haryana. According to exit poll results, the Indian National Lok Dal (INLD) will remain at the second position with Congress slipping to third place. As per the Times Now-C Voter poll survey BJP would need support of other party to form the government, while the ABP-Nielsen and Today’s Chanakya survey has clearly indicated that BJP would form by itself. 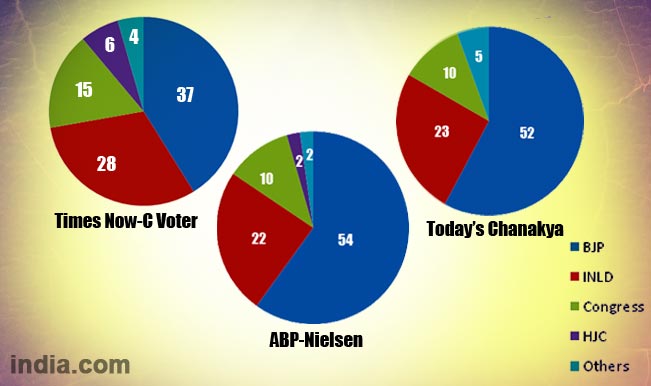 The top guns Amit Shah (BJP), Bhupinder Singh Hooda (Congress) and Om Prakash Chautala (INLD) campaigned aggressively, firing satirical salvos at each other. While Hooda campaigned to keep his party afloat; Amit Shah strove for development, decimating the Congress further. Chautala was on a high when he said that he will take oath as the chief minister of Haryana from jail.

Finally, the questions that could can sum up the whole episode of the Haryana Assembly Elections 2014 are: Will the Narendra Modi-Amit Shah team give the BJP its first government in Haryana? Or will the voters give Congress another chance ignoring the serious corruption charges against Bhupinder Singh Hooda? Well, October 19 isn’t far away. Watch this space for extensive coverage on Haryana and Maharashtra Assembly Elections 2014 Results.