Haryana CM ML Khattar, who remains the face of the BJP, will contest from his home constituency Karnal.

New Delhi: The BJP has released its first candidate list of 78 candidates for Haryana Assembly elections with starry surprises like Babita Phogat and Yogeshwar Dutt and Sandeep Singh. Wrestler Yogeshwar Dutt will contest from Baroda, ex-hockey captain Sandeep Singh from Pehowa, and wrestler Babita Phogat to contest from Dadri, Haryana CM ML Khattar, who remains the face of the BJP, will contest from his home constituency Karnal.Also Read - Ahead of Haryana Assembly Polls, Tej Bahadur Yadav Joins Jannayak Janata Party

The names were okayed by the Central Election Committee of the BJP at a meeting in New Delhi on Sunday. The last day for filing nomination is on October 4. The elections, along with Maharashtra, will be held on October 21. The results will be declared on October 24. Check the full list here: Also Read - Haryana And Maharashtra Assembly Elections 2019: BJP Holds CEC Meet to Finalise List of Candidates 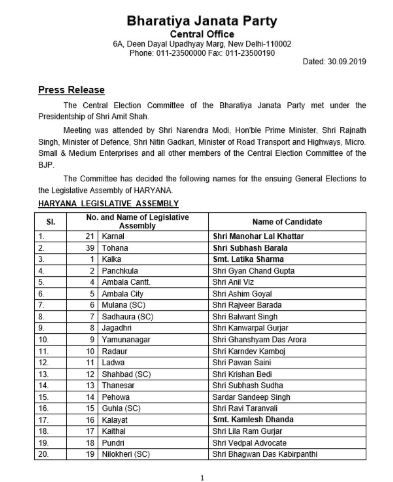 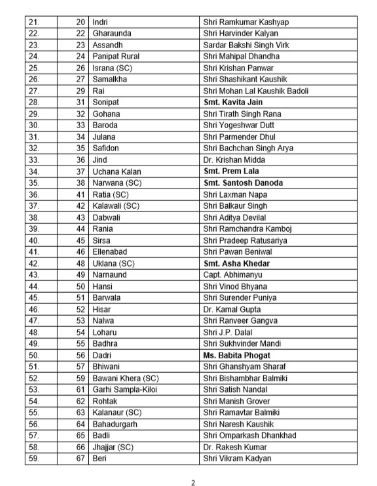 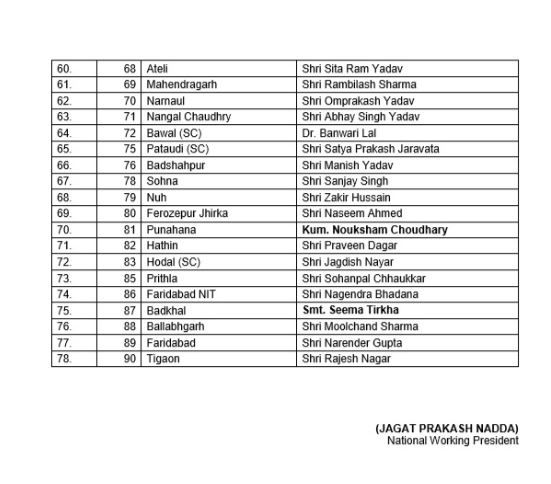 The term of the Haryana Assembly ends on November 2. Several MLAs are not on the first list. Two BJP ministers — Rao Narbir Singh from Badshahpur and Vipul Goyal from Faridabad — have also not got tickets in the first list.

All eyes are on the state elections of Haryana and Maharashtra as these two elections are going to be the first litmus test for the BJP government as these are the first elections after the Lok Sabha Elections 2019 in which the BJP managed an impressive landslide win.

In Haryana, the BJP does not face any formidable opposition. The party has already held several rallies. One of the major issues in the state will be the National Register of Citizens. Apart from Assam NRC, these state elections will also reflect voters’ overall reaction to Modi government’s big-bang policies like banning triple talaq, revoking Article 370 etc.