Riding high on Modi wave Bharatiya Janata Party (BJP) swept the Haryana Assembly Elections winning 37 of the 90 seats as counting of votes was taken up on Sunday. 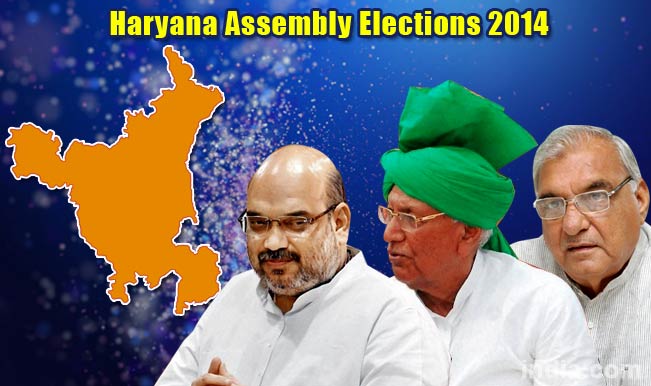 The trends from early morning were in favour of BJP and there has been no turning back. The BJP only surged ahead of Congress as time passed. In the second hour, the OP Chautala-led INLD took over Congress and since then have been stationed on second position. The Congress faced its worst defeat in its history as it was readily accepted by the former Haryana Chief Minister Bhupinder Singh Hooda. In his brief media speech Hooda said, “I am grateful to Sonia Ji and people of Haryana for giving me a chance to serve for 10 years. I have accepted defeat and respect the public debate.” Also Read - Haryana Shocker: Man Arrested For Raping Daughter For 7 Years, Forcing Her to Abort Pregnancy 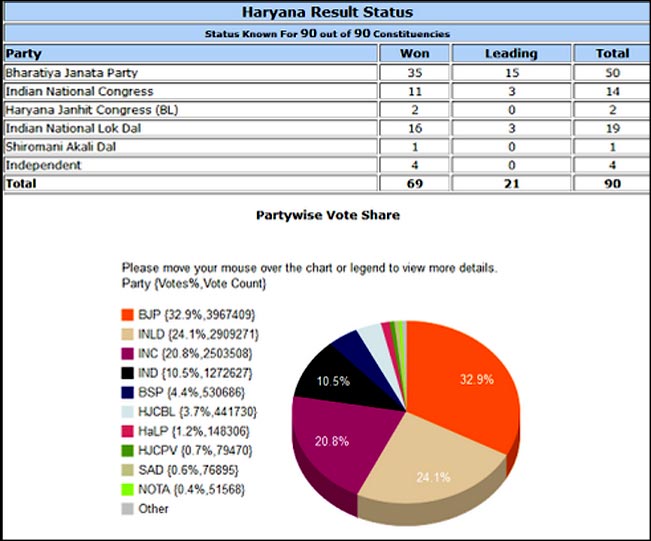 The BJP have won 35 seats so far and remains the single largest party in the state. INLD have been on second position as they have won 16 seats so far and the Congress is lagging on third position with 11 seats. HJC couldn’t make much impact as it won only two seats.

Narendra Modi- Amit Shah Combo sunk the ship of Congress so bad that they not only won flawlessly in Haryana but also in Maharashtra. If the results turn out to be similar as the trends, it will raise serious questions on the accountability of Congress’ leadership. While its merry time for the BJP as they have emerged as the largest party in the state. However, the tension for BJP is a bit more difficult. Despite being the largest party in the state, the question of ‘Who will be the chief minister’ still remains for the saffron party.