Modi wave seems to have worked for the BJP as the party got majority in Haryana Assembly Elections 2014. 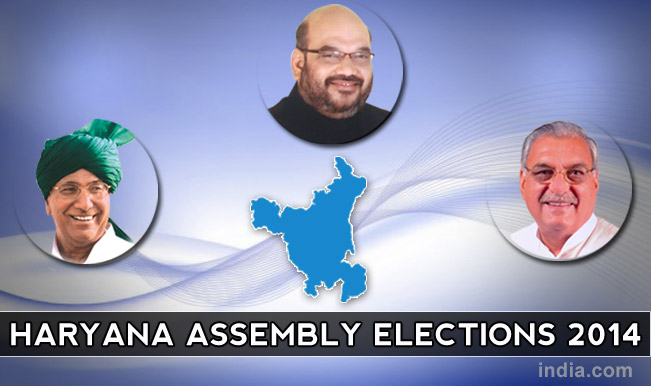 Riding on Narendra Modi wave which catapulted the BJP to power in the Lok Sabha Elections 2014 proves to be still intact. Modi wave seems to have worked for the BJP as the party got majority in Haryana Assembly Elections 2014. Following is the final tally of 90-seat Haryana Assembly. The state of Haryana has a total of 90 seats. The results were declared and the counting was on till late evening. The results were in favour of BJP as they emerged as the largest party in the state. The results of the 2014 Haryana Elections read: BJP 47, INLD 18, INC 15, Independents 5, HJC-BL 2, BSP 1, and  SAD 1. Also Read - Sharad Pawar Warns Centre To Take Back Farm Laws As Massive Crowd Turns Up in Mumbai's Farmers Rally

In the Haryana Assembly Elections, the BJP have managed to stay afloat of its nemesis and inched closer to win the Haryana Assembly Elections 2014 later in the day. The Haryana Elections saw an expected result as BJP crossed the majority mark and won 47 seats. It is for the first time that party won so big. After BJP, it is INLD who is on the second position won 18 seats. The Congress party was reduced to 15 seats as Others won 9 seats. Two seats went to the Haryana Janhit Congress (HJC), one each to the Bahujan Samaj Party (BSP) and Shiromani Akali Dal and five independents won. Also Read - Thousands of Maharashtra Farmers Reach Mumbai to Protest Agri Laws, to Hold Rally at Azad Maidan Today

BJP President Amit Shah in his press conference said that the BJP have emerged as the single largest party in both Haryana and Maharashtra. On being asked about the chief ministerial candidate in Haryana, the BJP chief said that the matters will be cleared in some time as the BJP will hold a Parliamentary Board meeting.

Former Haryana Chief Minister Bhupinder Singh Hooda accepted defeat after his party fell to a paltry of 14 seats. Hooda submitted his resignation to Governor Kaptaan Singh Solanki. Later in the day, Hooda held a meeting with senior officers of the state government and addressed the media before submitting his resignation. While accepting the full-blown defeat he hoped that the new party (BJP) in power will keep up the pace of development in Haryana.

The BJP workers shouted slogans, distributed sweets, danced to drum beats and also burst crackers at the central office in Delhi on Sunday following the party’s performance in the Haryana and Maharashtra Assembly Polls.

The workers celebrated the victory by raising slogans such as “Bharat Mata Ki Jai,” “BJP Ki Jai,” and “Haryana-Maharashtra Jeet Gaya” at the Bharatiya Janata Party’s headquarters on Ashoka Road in New Delhi.