‘He Fired in Fit of Rage, Pistol Yet to be Recovered,’ Says Delhi Police on Arrested Jaffrabad Gunman

ACP Ajit Kumar Singla also said that after the incident, Mohammed Shahrukh had fled to Punjab's Jalandhar from Delhi. Shahrukh then escaped to Uttar Pradesh where he first went to Bareilly and then Shamli from where he was finally arrested.

New Delhi: Mohammed Shahrukh, the ‘face’ of Delhi violence who was arrested from Uttar Pradesh earlier today, had fled the national capital to Jalandhar in Punjab, then to Uttar Pradesh’s Bareilly and finally, Shamli, from where he was arrested, the Delhi Police said in a press conference. Also Read - Delhi Violence: Jaffrabad Shooter Arrested From UP's Shamli; Police to Address Presser at 3:30 PM

Images and videos of Shahrukh pointing his gun at Delhi Police head constable Deepak Dahiya, who didn’t back down, had gone viral on social media. The incident had taken place on February 24, the second day of violence, in Jaffarabad. It was then reported that he had been arrested only for the police to clarify days later that Shahrukh was still on the run.

Addressing a press conference, Ajit Kumar Singla, Additional Commissioner of Police (ACP), said, “We’re trying to recover the pistol he used. Shahrukh said he fired during protests in a fit of rage. He has no criminal background but his father has a narcotics and fake currency case against him. Further investigation is underway.” 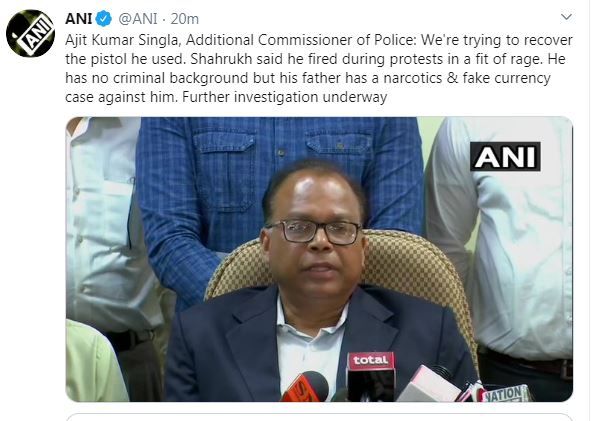 “Shahrukh has been charged under section 307 (attempt to murder), 186, and 353 of IPC and Arms Act. Further sections will be added during the course of the investigation if needed,” the officer added. 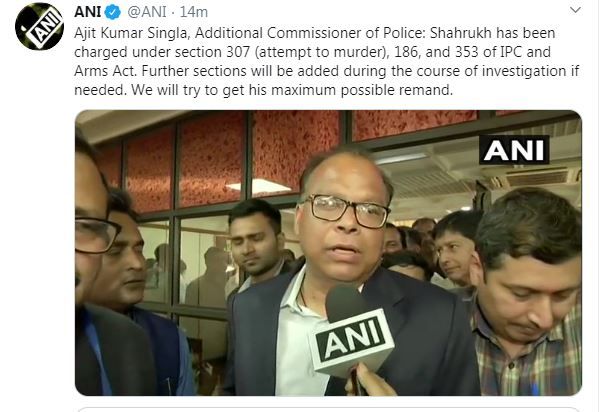 ACP Singla further said that the investigation team would try to get the maximum possible remand. He also disclosed that Shahrukh fired three rounds from his pistol which he had purchased for his ‘personal interest.’ Whether he has any connection with suspended Aam Aadmi Party (AAP) councillor Tahir Hussain, is also being probed.

Hussain, who is accused of murdering Intelligence Bureau (IB) officer Ankit Sharma during the riots, is currently on the run.

47 people have been killed thus far in the worst communal violence that the national capital witnessed in more than three decades.