Shops and other establishments in Suryapet, where the funeral was held, also remained shut to honour Col. Santosh Babu today.

New Delhi: Thousands gathered at the funeral of 39-year-old Colonel Bikkumalla Santosh Babu on Thursday, who was killed in a fierce clash between the Indian and Chinese Army at the disputed Galwan Valley in Ladakh. His mortal remains were consigned to flames with full military honours at the family-owned land in his native town in Telangana. Also Read - Days After Standoff, Disengagement Between India, Chinese Troops Completed at Patrolling Point 15, Says Army

Chants of “Bharat Mata ki Jai” were heard amid heart-wrenching scenes as the four-year-old son of the Colonel gave a last salute to his father along with his mother and sister, other relatives and friends when the colonel’s body, draped in national tri-colour, was brought for final rites. Also Read - India-China Disengagement at Hot Springs, Gogra Began on Monday; to be Completed in Few Days: Reports 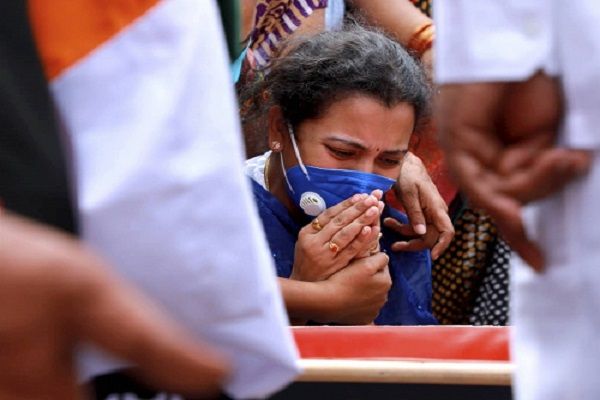 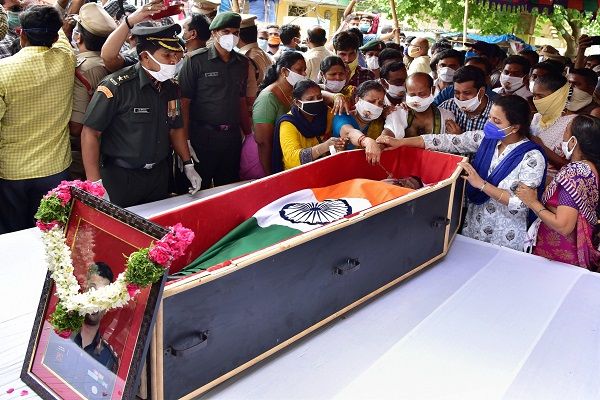 Shops and other establishments in Suryapet, where the funeral was held, also remained shut to honour Col. Santosh Babu. State Minister Jagadish Reddy said the government would extend all support to the bereaved family and name an important area in this town after the brave soldier. 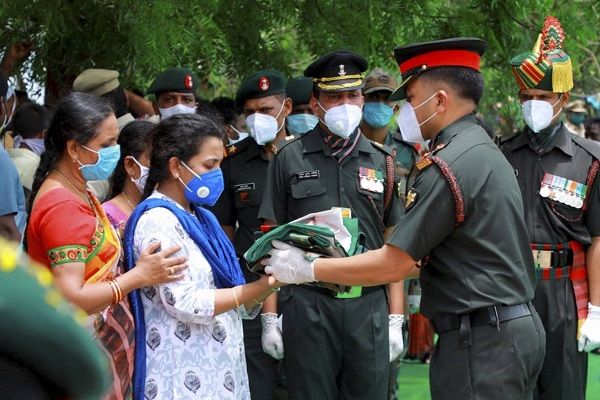 Santosh, who commanded the 16 Bihar Regiment, was among the 20 Indian soldiers killed in the Galwan Valley near the Line of Actual Control (LAC) in eastern Ladakh during a clash with Chinese troops that continued from Monday night to Tuesday. 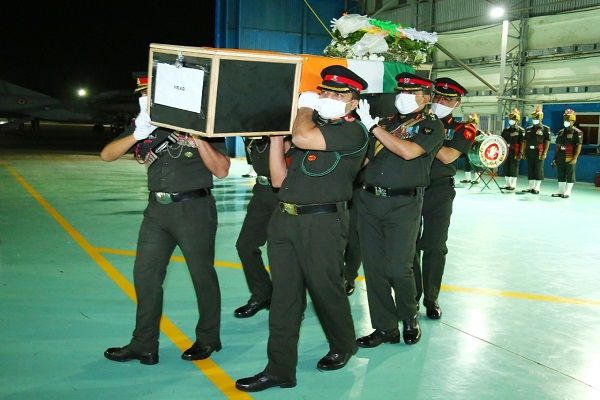 This is the first such incident involving fatalities after a gap of 45 years, and has signalled a massive escalation in the five-week border standoff in the sensitive region.