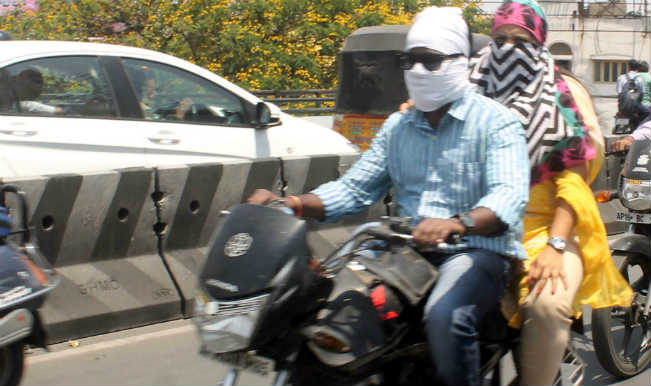 New Delhi, May 28: The scorching heat wave has claimed the lives of 218 more persons in Andhra Pradesh and Telangana, taking the total death toll to 1,345 in the two states. Most of the victims are either elderly or labourers suffering sunstroke or dehydration. (READ: Heat wave continues in India, Amul’s latest ad depicts the misery) Also Read - Temperatures Likely to go up in Delhi With Chances of Rain Slim

Authorities have cancelled doctors’ leave and advised people not to go outside in the middle of the day to avoid the worst of the heat, but for many people staying indoors is not an option. The weather conditions have also resulted in frequent power cuts. Also Read - Severe Heatwave Takes 117 Lives in Bihar; Govt Shuts Schools, Section 144 Implemented in Gaya

Some patients complained that authorities were not doing enough to restore electricity. “There is no electricity since 10.00 a.m. and there is no help from the side of the management or anyone else. Two patients are sharing one bed and nobody is bothered,” said an unidentified person at a hospital in east Godavari.

Blamed on dry continental air blowing in from Iran and Afghanistan, the heat wave is forecast to subside later this week before monsoon rains bring relief to parched areas of the east and south.