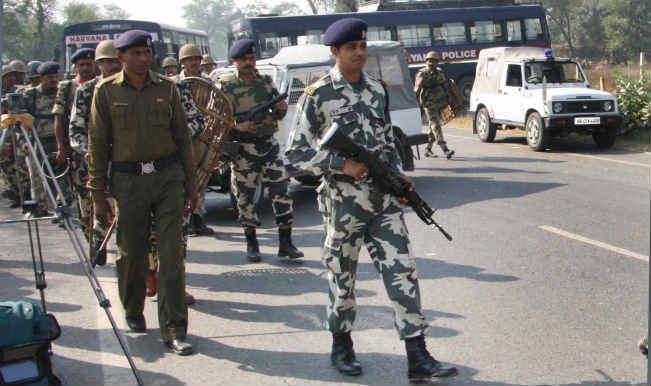 Chandigarh, Nov 18 : The Punjab and Haryana High Court today reserved its judgement on the cancellation of bail of controversial ‘godman’ Rampal in connection with a murder case registered against him in 2006. A division bench of the court had suo moto taken up the issue of cancellation of bail on November 10 when Rampal failed to appear in a contempt case. Read: Stand-off between Haryana government, ‘godman’ supporters continues The bench comprising justices M Jeyapaul and Darshan Singh reserved the judgement after hearing the defence, the state and amicus curiae. Rampal is on bail in connection with a case of murder registered in 2006 after a clash at his ashram at Kainthola in Rohtak district. Rampal faces charges of conspiracy in connection with the 2006 incident. The self-styled ‘godman’ has failed to appear before the high court on three dates – November 5, November 10 and November 17. The high court had yesterday issued a fresh non-bailable warrant (NBW) for November 21 against Rampal after he failed to appear in a contempt case. Also Read - Secret Has Gone With You! Sushant Singh Rajput's MS Dhoni Co-Star Bhumika Chawala Shares Heartfelt Post