J&K today notched up one its "highest" polling figures with over 70% voting recorded in 1st phase of Assembly polls while a turnout of about 62 % was registered in Jharkhand. 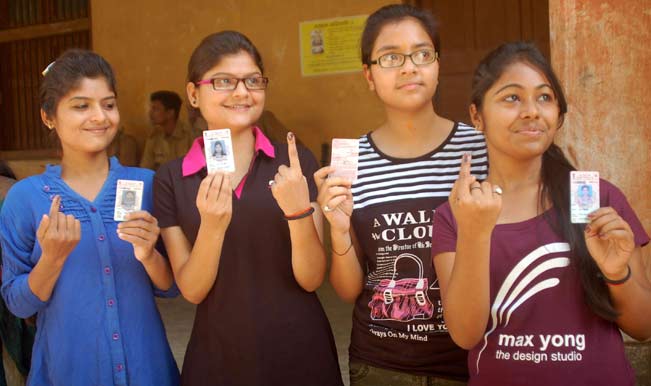 New Delhi, Nov 25: Jammu and Kashmir today notched up one its “highest” polling figures with over 70 per cent voting recorded in the first phase of Assembly polls while a turnout of about 62 percent was registered in Jharkhand. Also Read - Black Day Observed Across Jammu and Kashmir To Mark Pakistan's Invasion in 1947

“The total voting percentage in the first phase of polls in Jammu and Kashmir is 70 per cent. It seems to be the highest figure (vis-a-vis polling in the state). We expect this number to go up…May be by another two-three percentage points,” Deputy Election Commissioner Vinod Zutshi told reporters here. Also Read - Jammu and Kashmir: Police Inspector Shot Dead by Militants in Anantnag District; Area Cordoned Off

These figures, he said, were compiled a “little before 5pm.” He said the figures in all the 15 assembly seats that went to polls in J & K today, spread over 7 districts, saw an increase in voting percentage as compared to the last Assembly polls held in 2008 in the state and the Lok Sabha elections held early this year. Also Read - Jammu and Kashmir: Terrorists Lob Grenade at Security Forces Deployed in Tral, Jawan Injured

“The LS polls saw 52.63 per cent polling while 2008 Assembly elections witnessed 64.97 per cent polling in these fifteen constituencies which went to polls today,” he said. Zutshi said the final figures are being compiled as “communication” links go down in these areas as these regions are one of the most difficult and mountainious.

The EC also called the polling held today in JK as “hundred per cent flawless” as there was not a single incident reported which could have “vitiated” the polls process.

“There were some minor clashes here and there. There were some incidents of bursting of fire crackers in Bandipora, nothing else,” he said when asked if there were any security-related incidents reported to them.

In Jharkhand, where 13 constituencies spread across six districts went to polls in the 1st phase, a 61.92 percent of polling was recorded, with the figures expected to up. Deputy EC in-charge of Jharkhand Umesh Sinha said there two incidents were reported from the state, in Palamu and Chhatra districts, which could require re-polling.