Strikingly resembling tomato, it is a luscious, sugary and jelly-soft exotic fruit, the colour varying from light yellow-orange to dark orange-red 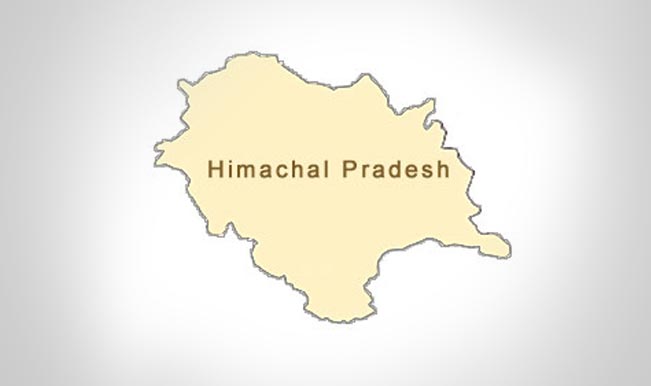 Kullu (Himachal Pradesh), Oct 27: Strikingly resembling tomato, it is a luscious, sugary and jelly-soft exotic fruit, the colour varying from light yellow-orange to dark orange-red. And demand for it is growing. Unlike other fruit crops, this fruit, persimmon, grown mainly in Kullu district of Himachal Pradesh, does not require pesticides and fertiliser for maturing. It’s simply an organic fruit.

“The demand for persimmon is quite good in big cities,” Gurmohinder Singh Kotia, a prominent grower in Seobagh village near here, told IANS. “It’s remunerative too as the crop requires no spray of pesticides. It needs no fertilizer or caretaking,” he added. The state horticulture department estimates say this year’s persimmon production would be around 480 tonnes alone in Kullu district, where it is cultivated on 148 hectares. Last year’s yield was 380 tonnes. Besides Kullu, it is also grown in Shimla, Mandi, Chamba and Solan districts but in small pockets.

As per horticulture department estimates, more than 10,000 farmers grow the fruit over 420 hectares. The deputy director of horticulture, B.C. Rana, said the commercial cultivation of persimmon as an alternative commercial fruit crop was picking up in the temperate regions of the state. The monoecious trees of persimmon could tolerate even hostile weather and its production would least hit apples. Rana said the trees start bearing fruit four to five years after planting. On an average, a full grown persimmon tree yields more than 200 kg of fruit a year.

In Kullu, the astringent varieties Hachiya, Fuyu and Hyakuma are growing prominently. The fruits are deep orange-red with glossy skin. Trade representatives say one kilogram of persimmon sells at about Rs.50-60 in the Azadpur wholesale fruit market in Delhi. In the retail market, it sells at Rs.100-120 a kg in Chandigarh and Delhi.

The Fuyu variety is getting good demand from the hospitality industry in Delhi and Mumbai, fruit trader Anil Chauhan said. It is ripened at room temperature after being harvested and is often sliced and peeled and added to salads and in the making of jams and jellies. Persimmon, a native of China, spread to Koreas and Japan and was initially introduced in India by European settlers in the early 20th century.

The fruit is also grown in Uttarakhand, Jammu and Kashmir and Tamil Nadu. Ramuji K. Nandiga, a grower in Ooty in Tamil Nadu, said he recently planted a variety of persimmon, procured from Hardwar in Uttarakhand, but it was not the right type. “Now I have placed an order for 300 saplings with a Kullu grower,” Nandiga told IANS over telephone.

Grower Kotia said a healthy plant normally starts bearing fruit when it is five-six years old. “A 20-25 years old plant can bear up to 500 kg fruit in one season,” he added. His orchard has some more than 70 years old persimmon plants. The harvesting of persimmon, which begins in October, will continue till the first week of November.