Historic! Over 100 Monuments Lit up in Tricolour to Mark 100 Crore Vaccination in India | See Photos

Over 100 monuments that are being lit up in Tricoluor include UNESCO World Heritage Sites - Red Fort, Humayun’s Tomb &  Qutb Minar in Delhi, Agra Fort & Fatehpur Sikri in UP, Konark Temple in Odisha, Mamallapuram Rath temples in Tamil Nadu, St Francis of Assisi Church in Goa.

New Delhi: The Archaeological Survey of India of the Union Ministry of Culture on Thursday illuminated over 100 historic monuments in Tricolour across the country as India achieved landmark milestone of administrating 100 crore COVID vaccinations in one of the World’s largest and fastest vaccination drive.Also Read - Centre Imposes Night curfew in Dadra and Nagar Haveli, Daman and Diu Till This Date Amid Omicron Scare 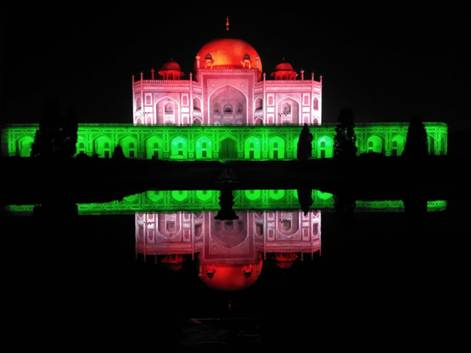 The Ministry of Culture also stated that the illuminated monuments also include Khajuraho, the forts of Chittor and Kumbhalgarh in Rajasthan, the excavated ruins of the ancient Nalanda University in Bihar and Dholavira (recently accorded world heritage status) in Gujarat. 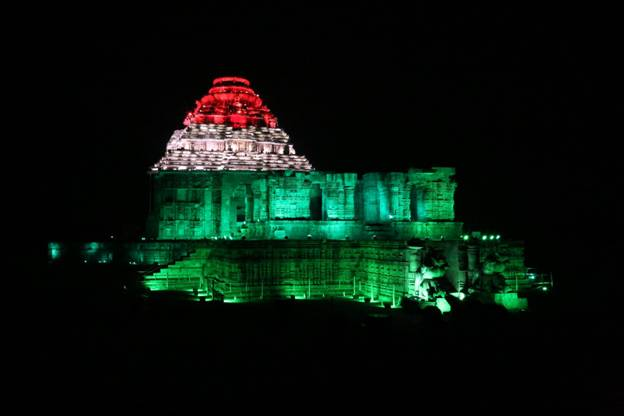 Earlier, the Archaeological Survey of India had said that it will light up 100 of its heritage monuments in colours of the tricolour to mark the milestone which will be a tribute to health professionals, frontline workers, scientists, vaccine manufacturers and the citizens of the country who bravely fought the pandemic 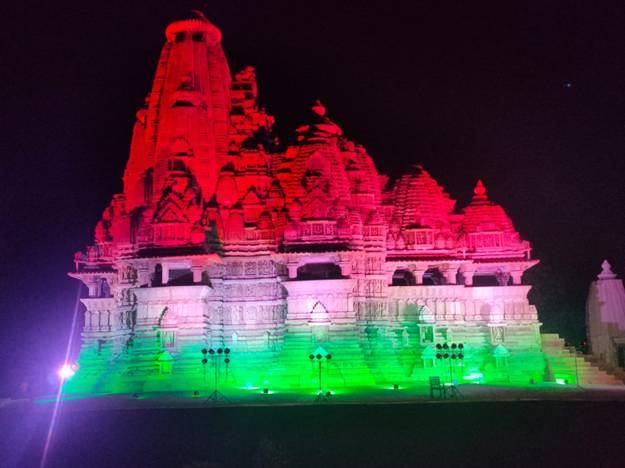 On Thursday, India achieved a major milestone in its vaccination programme against COVID-19 as the cumulative vaccine doses administered in the country surpassed the 100-crore mark.

#WATCH | Hyderabad: Char Minar illuminated in Tricolour as part of Archaeological Survey of India's initiative to illuminate 100 monuments in the colours of National flag across the country as India achieves landmark milestone of administering 100 crore COVID vaccination pic.twitter.com/RZ3FDTrdZ9

Hailing the vaccination landmark as a triumph of Indian science, enterprise and collective spirit of 130 crore Indians, Prime Minister Narendra Modi said the country has scripted history. PM Modi visited the vaccination centre at the Ram Manohar Lohia Hospital here after the milestone was achieved and interacted with hospital officials, staff and some of the beneficiaries.

Congratulating the country on the vaccination landmark, Dr Poonam Khetrapal Singh, Regional Director, WHO, South-East Asia, said it was not possible without strong political leadership. “Huge congratulations to India for marking yet another milestone- a billion COVID-19 vaccine doses administered. This extraordinary feat in a short span was not possible without strong leadership, inter-sectoral convergence, dedicated efforts of the entire health and frontline workforce and the people themselves,” she said

As per updates, over 75 per cent of India’s all eligible adult population has been administered at least the first dose and around 31 per cent has received both the doses of the vaccine

The top five states which have administered the highest number of doses are Uttar Pradesh followed by Maharashtra, West Bengal, Gujarat and Madhya Pradesh

A series of events have been lined up to mark the milestone including launch of a song by singer Kailash Kher and an audio-visual film at the Red Fort. To mark the completion of administering of 100 crore COVID-19 vaccine doses, the largest khadi tricolour in the country, weighing around 1,400 kg, was also displayed at the Red Fort on Thursday.

On the other hand, SpiceJet unveiled a special livery at the Delhi airport to celebrate the 100 crore vaccination milestone. Union Health Minister, Civil Aviation Minister Jyotiraditya Scindia and SpiceJet CMD Ajay Singh were present on the occasion

As per the ddate from the Union Health Ministry, India took 85 days to touch the 10-crore vaccination mark, 45 more days to cross the 20-crore mark and 29 more days to reach the 30-crore mark.